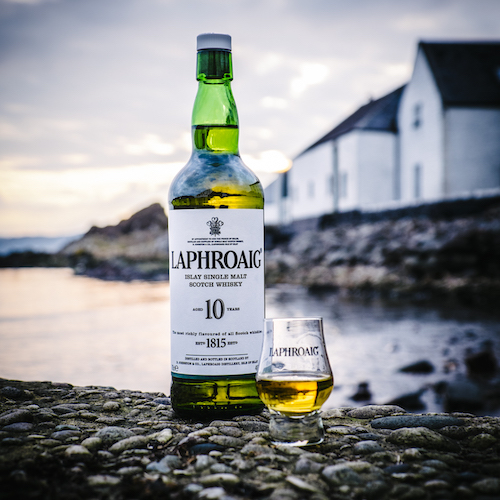 Someone — it’s not clear who — declared Friday, July 27, National Scotch Day in the U.S.

As though we needed a reason — any reason — to drink Scotch.

It’s pretty easy to find a great single malt Scotch, particularly if you’re willing to pay for it. Some prefer Scotch from a specific region

, whether that be Islay or Highland or Speyside, for example. Some prefer blended Scotch. Some like the peat and others go for something more neutral.

In celebration of National Scotch Day — why not, right? — I got my hands on a bottle of a Laphroaig 10-year, which was provided to me. This Laphroaig line comprises, without prejudice, some of my favorite Scotch offerings.

The 86-proof 10-year isn’t as deliciously funky as the Lore, or as velvety as the Cairdeas, or as complex as something much older, say, for instance, the impeccable 27-year. Yet, as the company says, it serves as a great “intro" for first timers to the Laphroaig portfolio.

The nose brings honey and caramel, of leather and sweet smoke. A taste reveals butterscotch, a visceral grassiness, which is reminiscent of the Islay’s south coast. It’s a full mouthfeel of chocolate, lingering pleasantly until the next sip … or dram.

Distilled as it was 200 years ago, the barley is malted and smoked at the distillery, leaving, in the case of the 10-year, an exceptional whiskey — a flawless entre for novice drinkers and a consistent go-to for self-admitted Scotch snobs.

Laphroaig® Islay in the Sun

Combine all ingredients into a cocktail shaker. Shake and strain into a rocks glass over fresh ice. Garnish with a lime wheel.