Valentine's Day is approaching. Restaurants and bars throughout the world are finalising menus and special drinks list, while consumers are planning (hopefully) a romantic evening with their current or prospective partner.

1. What is it about absinthe that makes it so good for Valentine's?
2. How can absinthe be served on Valentine's Day, either in a restaurant/bar or at home?

Let's explore the first question: What is it about absinthe that makes it so good for Valentine's?

Some alcoholic beverages are believed to be especially potent. For example, absinthe was a widely used aphrodisiac by Europeans, especially French artists and intellectuals at the end of the 19th century. 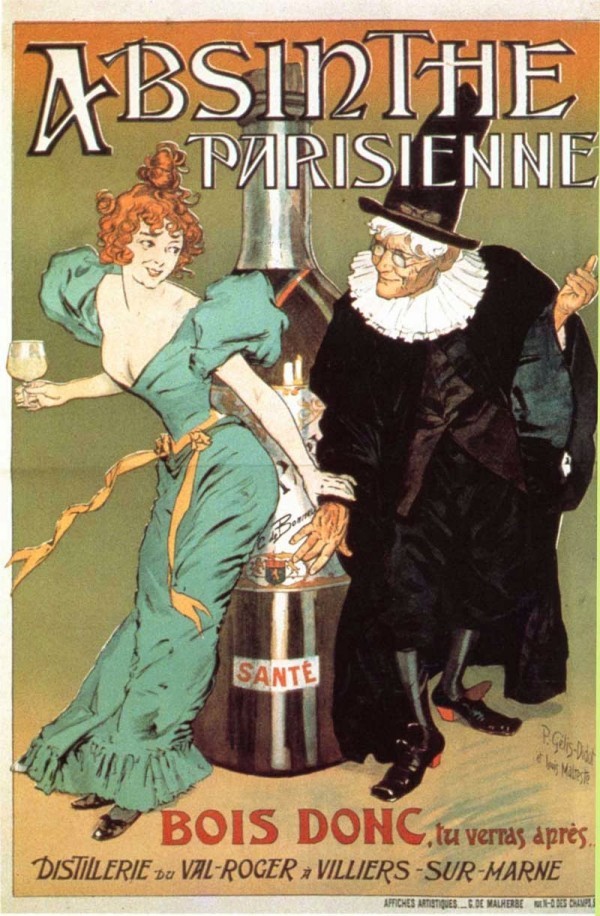 Absinthe has often been considered to contain aphrodisiac properties, which heighten sexual desire. In Alfie, the aphrodisiac qualities of absinthe get the title character laid – by none other than Susan Sarandon.

As an absinthe sales/marketing man, I subscribe to the policies of the various regulatory bodies such as Discus USA whose Code of Practice states:-

Beverage alcohol advertising and marketing materials should not rely upon sexual prowess or sexual success as a selling point for the brand.
So I would never claim that absinthe has any aphrodisiac qualities (sadly there is at least one absinthe brand on sale in the USA which hints that it does). Absinthe's effects, such as they are, come more from its high alcohol content and perhaps there's a placebo effect too ("I've read that it's an aphrodisiac, so it must be.").

Absinthe's best effects are how well it marries, beds down, gets it together with other ingredients in an amazing range of cocktails. Absinthe may not be an aphrodisiac but it is highly promiscuous! Or as C.F. Lawlor wrote in 1895 in The Mixicologist:

"A cocktail is much improved by the addition of two or three drops of Absinthe."

One could say that absinthe gets to the heart of a cocktail, and makes the cocktail better (well, maybe not fonder). This is what makes absinthe such a good drink for Valentine's (or any other day, indeed).

So what absinthe cocktails will work best for Valentine's?

The classic choice could be absinthe with champagne or sparkling wine, but its name, Death in the Afternoon, isn't very romantic.

I like the idea of absinthe and fizz for Valentine's, and so I suggest a couple of long established fizzes. First, the Morning Glory Fizz which I first enjoyed at the Brompton Bar and Grill in London where this video was made:

This is in the Savoy but first appeared some 14 years earlier in 1916 in "Recipes for Mixed Drinks" written by Hugo R. Ensslin. Absinthe and smoky whisky work very well together, a point recently made by Gaz Regan in his Regan Report 2014.

I first tasted the Sea Fizz cocktail at Death and Co., New York in 2010.

1 1/2 oz Absinthe
Juice 1/2 lemon
1 egg white
1 tsp caster sugar
Shake ingredients for 10 seconds in a cocktail shaker without ice. Add large ice and shake well. Strain into glass and top up with soda water.
According to Erik Ellestad's Savoy Stomp, this first appeared around 1935, created by Frank Meier, at the time of the Gambon Bar, and later of the Ritz in Paris. I cannot find verification of this, although there is a SeaPea Fizz in Meier's book "The Artistry of Mixed Drinks," which omits the egg white (and, given that absinthe was not generally available, specifies "Anis"). 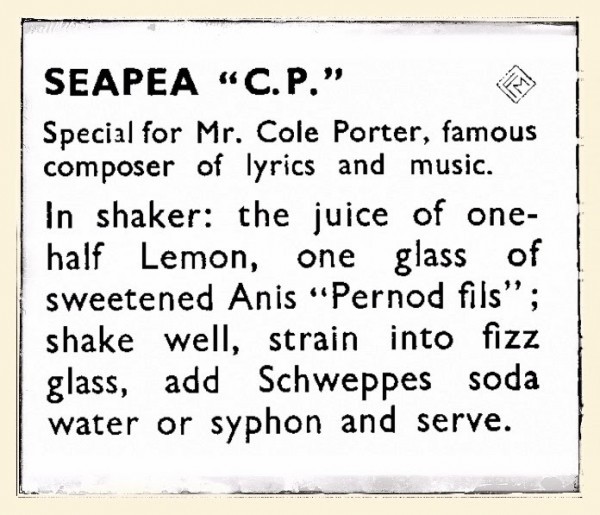 I opted for the version in the Savoy Stomp since I recalled how much I had enjoyed it at Death and Co. And I was not disappointed. The egg white helps produce a wonderful foam and it becomes a drink where texture and taste work together really well. I used a blanche (La Clandestine) and think that works better both in taste and appearance. My wife who doesn't like absinthe generally seemed to enjoy it too. 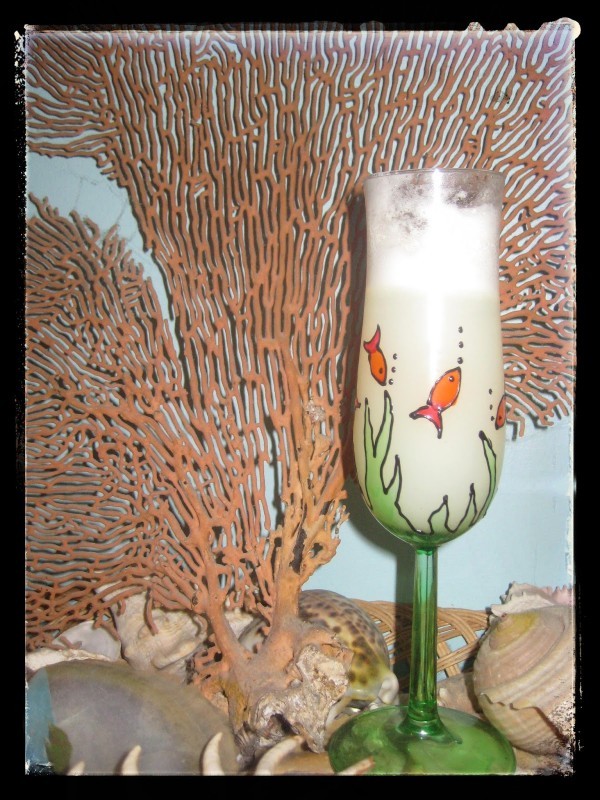 Since I work in the absinthe sector (business is too grandiose a word for it), I shall not have the luxury of drinking with my wife on Valentine's. Two years ago we enjoyed a great absinthe dinner at The Larderhouse near Bournemouth (mentioned here). This year I will be on duty at a Valentine's event in London. If you're nearby, please come along ... with a partner of course.


Absinthe lover and expert, in that order.