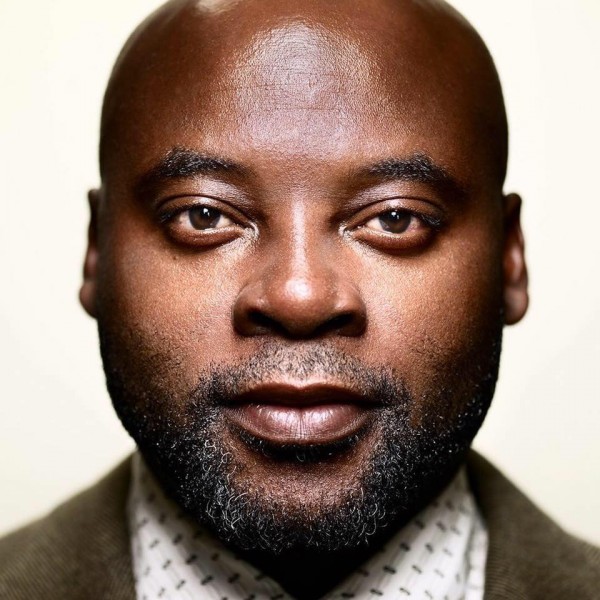 Before I started writing about liquor last year, I considered myself a "drinkstagrammer." I would go to cocktail bars and take photos of my drinks -- trying not to annoy friends, other patrons or bartenders. I also started following iconic bars and popular bartenders/brand ambassadors. Among them was Colin Asare-Appiah, the charismatic world traveler who's served as a Bacardi brand ambassador for the past several years. I always admired his effortless swagger and beautiful cocktails.

It's funny how things can change within a year. Inspired by Colin and others, I have begun writing about cocktails and launched Shot Caller. Recently, I had the pleasure of speaking with the London native about how he got his start, Bacardi's recent Founder's Day activation and some of his favorites.

Why did you become a bartender?

Bartending has become much more of a respected profession during my tenure in the industry. When I started that wasn't the case, in fact, I always used to say that I wouldn't be a bartender when I was a waiter working my way through college. But with the professionalism and more attention to detail across a majority of the industry, the perception has changed. I fell in love with bartending at a bar called Qupi while on a trip to Lindos in Greece. I loved the social and creative aspects of the role the most and was lucky to have had two amazing mentors in the owners of the bar who helped shape some of the philosophies that I still practice today.

Bartending is a great career and with dedication and passion you can gain incredible success. The industry allows you to connect with people from all walks of life and is a globally transferable skill. I just came back from the North American final of Bacardi Legacy and the level of bartending was truly phenomenal. Any of the 10 finalists could have won. In the end, French Scotty from D.C., Moe Isaza from Boston and Sabrina Mailhot from Montreal won and will go on to the Global finals. As one of the mentors I believe the future is in great hands and I wish them the best in the global final in Mexico City in May.

What do you love most about the gig?

I have always appreciated the creativity and collaboration within the industry. There is a real camaraderie amongst peers and a ton of social interaction that makes the job fun and engaging.

What's the biggest misconception about bartenders?

The misconception of bartending is that everyone can do it. It’s a career path demanding real responsibilities, working real hours, and cultivating real skill, which I think has become more and more apparent over the years. The irony of such a social job is that you work a lot of unsociable hours and this can take a toll on you physically and mentally.

Tell us about the Back To The Bar campaign.

This was a new way for us to celebrate the company’s founding. Each year on February 4 we mark the fact that Bacardi was founded on that day Santiago de Cuba way back in 1862. Usually we’ll dine with colleagues, ideally over a meal of Cuban food. But this year we wanted to do something different, by getting all our colleagues out in to the bars and restaurants that support us around the world. We have also been hearing from old Bacardi family members who have worked in the company, who talked about the strong focus on the on premise they had when building the company after being exiled from Cuba, and how everyone should know how to recommend our brands. So on the Thursday following "Founders Day" all our colleagues all over the world "downed tools" (or these days, closed their laptops) and we went out into bars to chat to bartenders and to try to get guests to try some of our signature cocktails. It was a lot of fun and hopefully the first of an annual tradition (except you can find me at the bar much more than once a year and I'll happily share a cocktail with you!)

Tell us a little bit more about the history of Bacardi

Bacardi has a history that is so rich and full it would take me several evenings to tell it. The company was founded by Don Facundo Bacardí Massó on February 4 in 1862, in Santiago de Cuba. Like most start-ups, he and his family endured unbelievable challenges both personally and professionally – earthquakes, fire, family members imprisoned in the struggle for independence, and eventually exile from Cuba. But they overcame all this thanks to some great-tasting rum and the support of bartenders in Cuba and around the world, making iconic Bacardi cocktails like the Daiquiri and the Mojito. But the company also had many great people in its history who helped Bacardi grow. One of my favourites was Pappy Valiente, perhaps the industry’s first "brand ambassador." He would greet traveling tourists at the airport in Havana, and take them to their hotel, but always stopping off first at the Bacardi building for cocktails on the way! In 1998 Bacardi acquired the famed Dewar's Whisky brand, made famous around the world by Tommy Dewar, son of the founder. Tommy never missed a chance to recommend Dewar's to his friends, and would get them to ask for it wherever they went. If the bar didn’t stock it, Tommy arranged a follow up sales call immediately! Bacardi has also continued to grow and now includes many famous brands including Martini & Rossi Vermouth, Bombay Sapphire Gin, Grey Goose vodka, St-Germain Elderflower Liqueur to name a few – that each have their own unique heritages and stories.

How were the Founder's Day cocktails chosen? And do you have a favorite?

Highlighting the rich history of our brands’ founders, we passed out Founders Day cards including the full recipe and origin of the chosen drink. Many of our brands are staples in classic drinks like Martini & Rossi for the Negroni and Bacardi Rum in the Cuba Libre.

Amongst the Back to the Bar options, my favorite is the Grey Goose Martini. The Vodka Martini is perhaps the world’s most iconic cocktail, despite an almost infinite variety of recipes and interpretations. Our GREY GOOSE Martini was chosen to note the distinct taste of GREY GOOSE, served (not too) dry with a dash of orange bitters and a twist of lemon. cocktail we know and love today. I always enjoy mine responsibly.

What bar did you go to for Back to the Bar?

I went to the NoMad for Back to the Bar. A wonderful setting to try the GREY GOOSE Martini.

What was your first cocktail?

I appreciated simple quick cocktails when I started my cocktail journey. I remember one of my first cocktails was a Cuba Libre. It’s a simple, refreshing cocktail with Bacardi, Cola and freshly squeezed lime. Limes as an ingredient in cocktails was an exotic ingredient back in the day.

Now you are asking me to pick amongst my kids! For me cocktails are about a moment and time, both of which affect the type of cocktails I order. I enjoy a bracing Grey Goose Martini before a steak, a St-Germain Spritz at Aperitivo hour, an effervescent and bright Bombay Sapphire and Tonic on a hot day, a D'usse Cognac Old Fashioned with a cigar and friends, a Cazadores Tequila Margarita with some tacos, a lazy sunny afternoon poolside with a Bacardi Pina Colada, these are just some of the moments that I enjoy my favourite cocktails.

What's your favorite city to drink in?

A city that I have really started appreciating more and more for drinking is Miami. There are many areas to choose from to enjoy cocktails, from the beach to Brickell to Wynwood, Miami’s got it all. You can grab great cocktails at Sweet Liberty, The Four Seasons Hotel, Beaker and Grey, Repour, Bodega, Broken Shaker and Kyu just to name a few.

If you could drink with one celebrity, dead or alive, who would it be? And why?

That’s really easy: Muhammad Ali. I attended his funeral and he has always been the embodiment of a true champion. He gave everything of himself to everyone and was a man of principle. Against a tide of adversity he forged a path that in our modern sporting times is still unparalleled. He was willing to give up everything for his principles and what he believed. Would have been great to have shared a cocktail with such an icon.