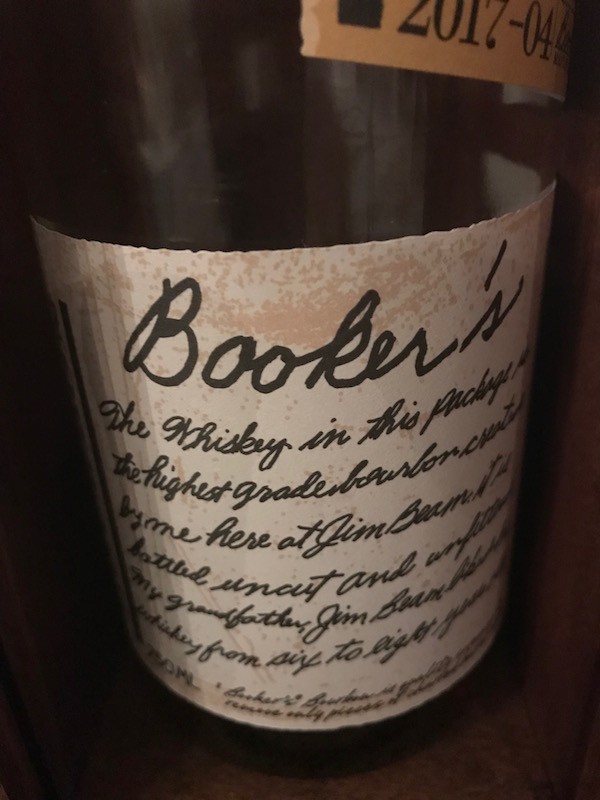 I’ve become enamored with craft spirits, particularly those made in my home state of North Carolina, and have chronicled these wonderful offerings in my book, "Still & Barrel."

The so-called “big boys” — the mass producers of alcohol — often get a bad rap, and many times deservedly so.

Mega-distillers are virtually printing money making, by many accounts, including my own, just mediocre liquor. But putting aside the economics — and, let’s be honest, the inherent politics — Kentucky bourbon and ryes still are — until the other states catch up with aging, for instance — stalwarts of the liquor world.

Products from Buffalo Trace get a lot of hype these days, and deservedly so. But Wild Turkey also makes some great products, as does Heaven Hill and Jim Beam, which recently introduced its latest iteration of the barrel-strength Booker’s, called “Kathleen’s Batch,” as a tribute to Kathleen DiBenedetto, who, together with founding distiller Booker Noe, helped launch Beam’s super-premium Small Batch Bourbon Collection in the early 1990s, Beam Suntory says.

I had the chance recently to sample the new Booker’s, as well as the company’s new Old Overholt Bonded Straight Rye Whiskey, meaning it’s 100 proof, aged four years and contains liquid from a single distillation season, in accordance with the 1897 Bottled-in-Bond Act. This whiskey’s deep caramel color foreshadows a spicy start and an oaky vanilla finish. A splash of water enhances the woody notes, with a bit of honey.

The latest batch of Booker’s, at its natural proof of 127.4, was aged six years, three months and 14 days and offers notes of caramel, honey and the characteristic, sweet yet spicy finish. It seems a bit smoother than previous releases of Booker’s — Sip Awhile, for instance — but it’s undeniably rich and surprisingly bright, without water. It’s available nationwide in limited quantities.