Raising Cane: Cocktail & Sons Brings a Taste of N’Awlins to the Desert 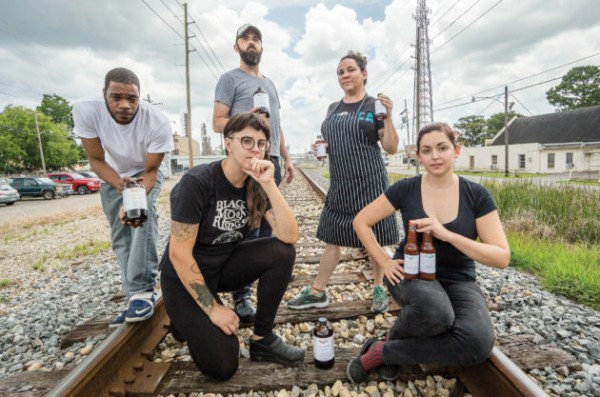 On a recent Tuesday night, regulars at Herbs & Rye may have noticed a new face behind the stick. That bearded guest barman would be New Orleans resident Max Messier favoring Las Vegas with its first taste of Cocktail & Sons, a delightful line of high-quality syrups created by former bartenders Messier and his wife, Lauren Myerscough, for use in all kinds of cocktails (and mocktails!), but especially smashes, toddies, slings and sours. On August 2, Messier and his production manager Ruth Ann Apruzzese-Welke brought three of their four core products as well as some very good news: Distributor Breakthru Beverage Group had just picked up the syrup line that day, and will make them available to local bars in short order.

It’s fitting that Messier’s popup would go down at the spot just named Best American High-Volume Cocktail Bar at Tales of the Cocktail. In a volume-driven city where products are measured not by the dropper but by the bottle, case or pallet, Messier calls his “a bartender-approved solution for building complex and creative classic cocktails with minimal prep and/or execution.” In other words, while some large Strip resorts are blessed with a dedicated mixology kitchen, others must rely on artificial ingredients or on the (sometimes inconsistent) elbow grease of a variable staff. Cocktail & Sons syrups are all-natural, and are handcrafted from Louisiana cane sugar and hand-peeled and chopped produce in 20-30-gallon batches at a kitchen in St. Charles Parish on the Bayou.

Indeed, what once was lost can soon be found in Las Vegas.