Common Cocktails for Your Ceremony and Celebration 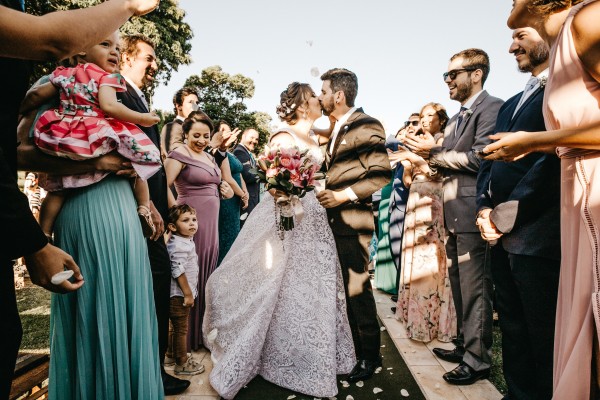 If you’ve ever watched the film Wedding Crashers, then you’re probably familiar with this quote, along with many other humorous takes on attending marriage ceremonies of complete strangers. From mingling with relatives you haven’t seen in many years to the DJ luring you out onto the dance-floor, some receptions can seem like a scene straight from the movies. Unless it’s a dry wedding, the first thing that many people seek out is the bar in hopes of gaining some liquid courage. Champagne and wine are still among the most popular beverages served during times of celebration to toast newlyweds. Here are some of the most common liquors used in wedding drinks:

American singer-songwriter Chris Stapleton might have said it best, “You're as smooth as Tennessee whiskey.” Made from fermented grain mash, Jack Daniels and Woodford are among the most popular brands in America that also happen to be distilled in Tennessee. It’s also the main ingredient in many signature wedding cocktails including a Blackberry Whiskey Lemonade.

”Why is the rum always gone.” - Captain Jack Sparrow. But, drunken pirates aren’t the only people that enjoy the taste of rum. From Captain Morgan to Bicardi, it’s also a preferred beverage for many wedding parties. The Rum Orange Swizzle is another favorite cocktail served at wedding receptions.

From orange and blueberry to vanilla and passion fruit, it’s difficult to keep up with all of the new flavors of vodka being introduced. It’s also a versatile liquor that’s commonly used in a variety of wedding cocktails. But, not all vodka is created equally. Absolut, Grey Goose and Ketel One are some of the most highly ranked brands among consumers based on taste. The Sparkling Summer Peach is a popular wedding cocktail made with vodka.

The distilled beverage made from the blue agave plant has evolved away from its reputation of being a poor quality bottle of liquor with a worm at the bottom to being the main ingredient in many different smooth-sipping cocktails with several topshelf options. For instance, margaritas are popular cocktails used to promote a tropical vibe at weddings. Coconut, cucumber and lime are just a few of the different tequila flavors now available on the market. According to a report by Esquire, some of the best tequila brands include Patrón, Casa Noble and Don Julio.