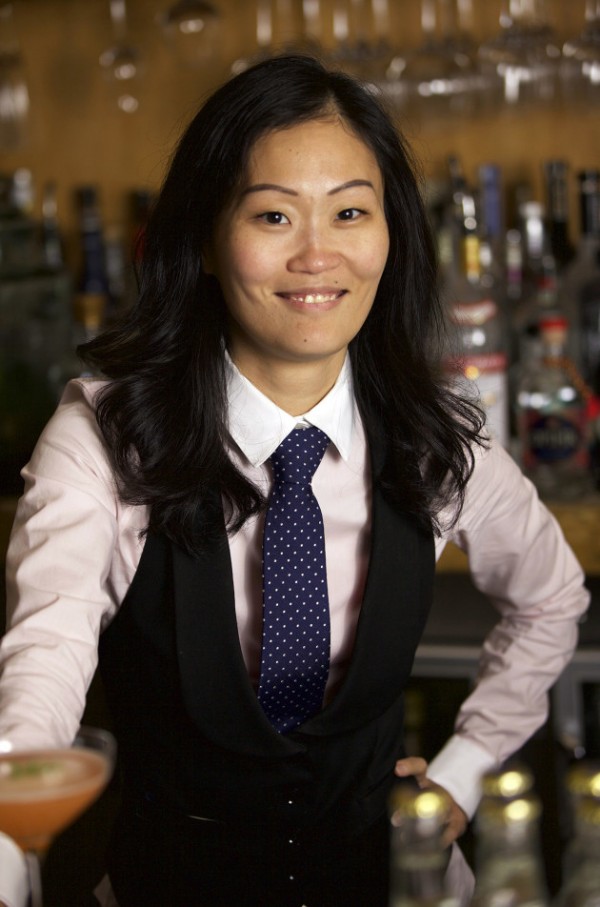 
When Tales of the Cocktail—the spirits industry’s preeminent cocktail festival—kicks off in New Orleans (July 19-24, TalesOfTheCocktail.com), it will do so with a prominent Las Vegas bartender playing a vital role behind the scenes as Las Vegas’ first gray-coat cocktail apprentice.

I’ll explain: In past years, Breakthru Beverage’s Mike Doyle, the Cosmopolitan’s Tim Rita and Delmonico Steakhouse’s Juyoung Kang have all volunteered their time to participate in Tales’ Cocktail Apprentice Program, or CAP. The CAPs arrive first, leave last and sleep the least. They batch every cocktail and process every garnish served to the more than 16,000 attendees—bartenders, bar owners, brand ambassadors, sales reps, media and spirits enthusiasts.

Whereas many large-scale beverage events outsource hiring to staffing agencies, Tales keeps hiring in-house, using the CAPs as the glue that holds everything together and maintains continuity from year to year. The hierarchy works like this: Newbies wear red and function like barbacks; selected returning CAPs are promoted to gray coats, functioning more like bartenders and overseeing two red coats each; successful grays can apply for the managerial black coat, overseeing teams of five grays and their 10 reds. At the top of the heap are a handful of revered white coats, whose blood, sweat and tears dot the very carpet fibers of Tales’ headquarters, Hotel Monteleone.

This year marks Kang’s fourth Tales overall, her second as a CAP and her first as a gray coat. And she couldn’t be more ready to get to work. “It should be a shitshow, because none of us have worked together. But the people they pick—I don’t know how they do it—we all get along,” she says. “It forces you to see how you are as a person, and how you need to grow. It’s about adapting. We’ve grown in different places and experienced different things, and yet, for some reason, that week, we all come together to get it done.”

For many bartenders, Tales is as much about learning as it is networking, and being a CAP is a rare chance to experience high-volume service. For Kang, who has established and run programs for Corner Bar Management and now Delmonico Steakhouse, there is beauty in the (organized) chaos. “A lot of people who come to Tales have never done huge events before. They don’t know what it’s like to serve 100 people at the same time. That’s what I do in Vegas; we do that every day. We [grays] set them up for success,” Kang says. “And we want to encourage them, because they’re going to be the next leaders.”

The post Delmonico’s Juyoung Kang Moves Up in the Ranks at Tales in NOLA appeared first on Vegas Seven.