Drink Like a Celeb With These Celebrity Liquor Brands

Contributed by Drinking In America on Jul 20, 2017

DrinkWire is Liquor.com’s showcase for the best articles, recipes and reviews from the web’s top writers and bloggers. In this post, Drinking In America offers celebrity booze brands. 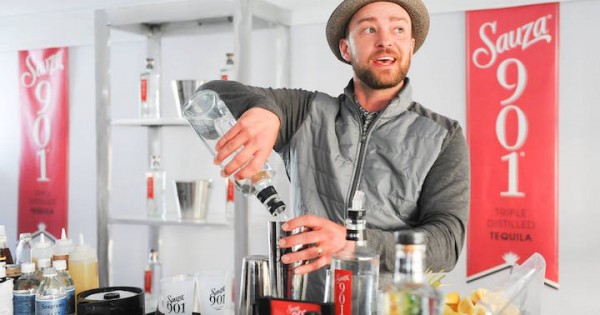 There is a recurring Hollywood trend that has refused to die for over 10 years. It’s the celebrity liquor brands. There is no known reason why celebrities feel the need to launch their own liquor line but here are a few theories:

Theory #1: They’re trying to be a quadruple threat.

Theory #2: Their career has hit a lull so they’re thinking, “Maybe this will put me back on the map?”

Theory #3: Their career is at its peak so they’re thinking, “I can literally do whatever I want and everyone will still love me.”

And last but not least, Theory #4: They are actually, genuinely doing this because they are passionate about the industry and this is a serious endeavor.

We may never know the exact reason behind every new celebrity brand liquor, but if you can name a wine “Ferguson Crest” after yourself (s/o to Fergie), why not? If you wanna be sippin on some hollywood drinks here are 5 celebrity liquor brands to try:

We aren’t hating on these celebs for their unique endeavors. Some become really successful brands. George Clooney just made a pretty penny selling his Casamigos brand. Maybe we’re just jealous we don’t have an alcohol brand named after us… But hey, never say never.

The post Drink Like a Celeb With These Celebrity Liquor Brands appeared first on DRINKING IN AMERICA.