Drinking in the Sky: All About Consuming Alcohol in the Air 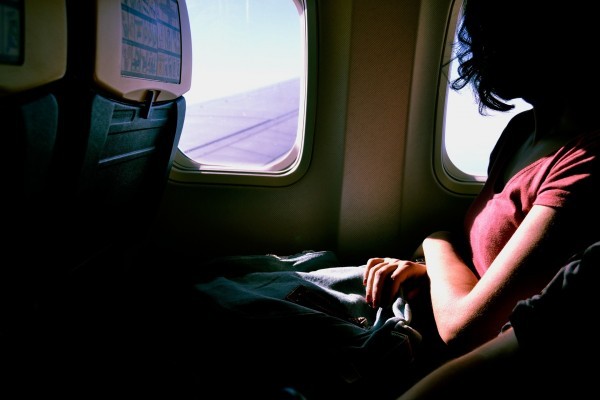 Whether you’re traveling across the globe or on a short flight to visit family, air travel can be stressful. By the time the flight attendants come around offering beverages, you’re probably ready for a drink. Luckily, most airlines offer alcohol to satisfy your cravings and calm your nerves.

While alcohol is typically not a complementary option for economy class, it is available for sale in most airlines. Of course, every flight is different and depends on the airline and length of flight. But if you’re hoping to get your fix in the sky, and willing to spend a little cash, you’re probably in luck.

This is a situation you may know well if you’re from the American midwest. A new study by Bookit.com revealed that midwesterners are double as likely to order beer on a flight than the rest of the country. But hey, there’s nothing wrong with a little fun, right?

It’s probably not going to be your favorite brewery quality beer, but it’s enough to take the edge off and accompany the flight pretzels you were given. Drinking alcohol on-board can make the flight a little less painful, especially if you’re in the middle seat sitting between an overly chatty passenger and a man snoring louder than anyone you’ve ever heard. All you want to do is get to your final destination, and you’ll take any method you can to pass the time.

Drinking on board is relatively common for more than midwesterners. More than eight out of every ten passengers say they have ordered alcohol while on board at least once. So if you’re worried about being judged for ordering a gin and tonic, it’s quite probable that the person you’re afraid of judging you has been in your shoes.

Keep in mind that you’re not in your typical environment on land. Cabin pressure is about four percent lower than normal pressure which lowers oxygen intake. This change in bodily functioning isn’t enough for you to notice, but your brain will certainly notice with the addition of substances. Alcohol’s effects will be stronger with the lowered oxygen, so maybe don’t go for the extra tequila shot.

While drinking may relax you, drinking too much will do the opposite. Imagine your worst night out when you had one too many, but reliving that 40,000 miles in the sky. Flying alone is enough to make you nauseous, but mixing it with alcohol can lead to a dangerous combo, so be sure to set your limits and stick to them. The last thing you want to do is be stuck in the tiny airplane bathroom making a scene while the line accumulates in the aisles.

All About the Angel Shot
Celebrating National Drinking Straw Day: Eco-Friendly Straws For Your Bar Cart
Amarula Cream Liqueur Gives Back
Dreaming of Owning Your Own Bar?:Things to Consider