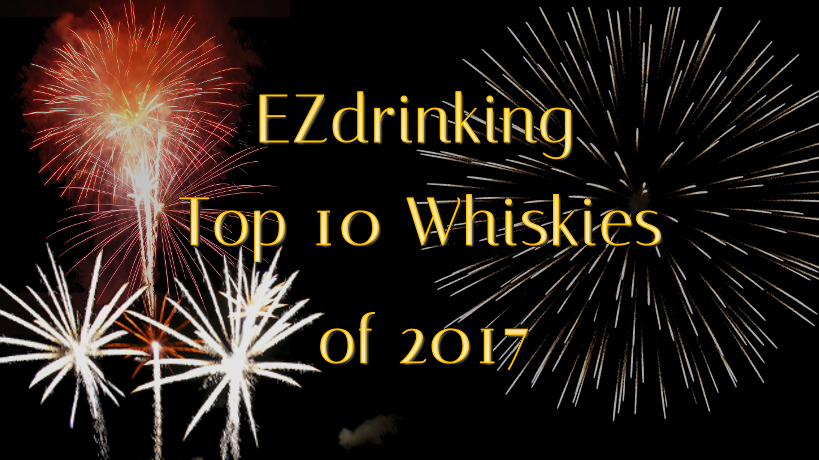 Happy New Year! 2017 was a banner year for me. I was commissioned to write a book about bourbon called The Bourbon Bible which will be published in May 2018, and because of the book and my other spirit reviews, I tasted well over 120 whiskies in 2017. With all of these under my belt I felt like a top 10 list was in order. Now not all of these were newly released in 2017 but for many, it was my first time drinking them.

J&B Rare Blended Scotch Whisky is a great value blend that is a little too sharp to drink neat but works great on the rocks, or in a highball. Check this out of you are looking for a good blended Scotch with a bit more smoke and malt character then Johnnie Walker Red Label.

George Dickel Classic No.8 Sour Mash Tennessee Whiskey has nice notes of apple cider and pear with a light aroma of caramel and oak lingering in the background. The finish is soft sweet and lingers with long notes of caramel, cinnamon, oak and pear. This is a very nice light flavor Whiskey that is slightly sweet and fruity. Excellent neat and works great in a tall refreshing cocktails.

Wyoming Whiskey Small Batch Bourbon Whiskey has rich notes of caramel, oak, and cinnamon followed by flavors of plums, and peaches. After swallowing, the whiskey is sightly warm in the mouth with a lingering note of stone fruit and vanilla. This is a very fine example of a craft bourbon that should be drunk neat or used in a cocktail.

Nelson's First 108 Tennessee Whiskey is a special release from the first 108, 30-gallon barrels of their self-distilled and aged spirit. The whiskey is incredibly complex with notes of caramel, vanilla, raisin, prunes, nutmeg, cocoa, tobacco, and rich black earth. This is a complex and interesting Tennessee Whisky that shows incredibly promise for the whiskeys that are likely to come from Nelson's Green Brier.

Waitsburg Cask Strength Bourbon Whiskey is an aromatic and flavorful bourbon with notes of cinnamon, nutmeg, creme brulee, and rum raisin followed by a touch of oak for balance. Overall this is a big sweet bourbon that is completely drinkable at 58% ABV and definitely a whiskey for those who like sweeter bourbons.

Johnnie Walker Wine Cask is a really fruity and approachable expression of Johnnie Walker and is a really nice addition to the traditional lineup. This whisky also demonstrates how much character can come through the cask selection. For less than $30 this is a deal.

Garrison Brothers Single Barrel Texas Straight Bourbon Whiskey has rich notes with dark aromas of vanilla, dried fruit, and tobacco, balanced with nice wood notes of cedar and oak accompanies by hints of smoke and dark chocolate. This is an excellent bourbon especially at only 3 years old. It is rich in flavor, incredibly smooth at 94 proof and well worth the investment if you are looking to splurge a little. 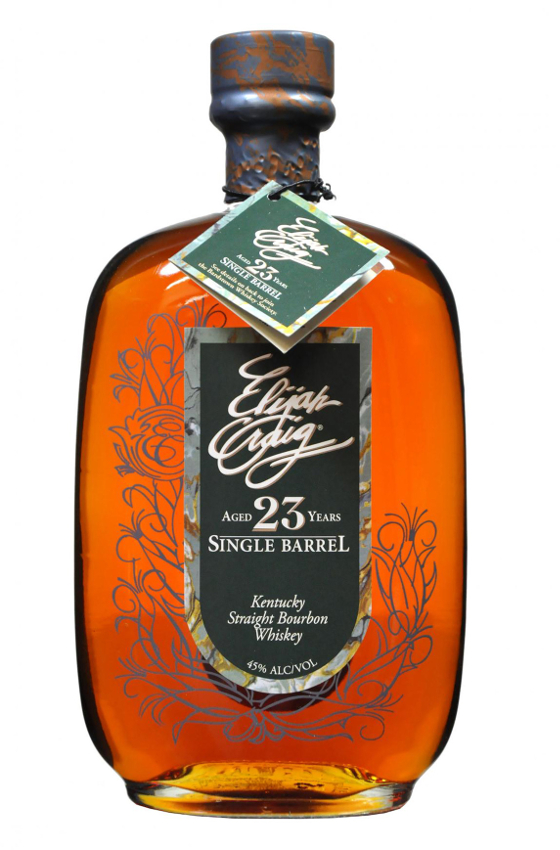 Elijah Craig Single Barrel Kentucky Straight Bourbon Whiskey Aged 23 Years is incredibly rich and concentrated with notes of dried fruit, rum raisin, cherries, plum, baking spice, vanilla and caramel, followed by a light bright note of alcohol. This is a rich and decadent bourbon that is both very sweet and well balanced with dryness from the oak. Definitely drink this neat and savory the rich complexity that comes from 23 years of developing and concentrating flavor in a an oak barrel. 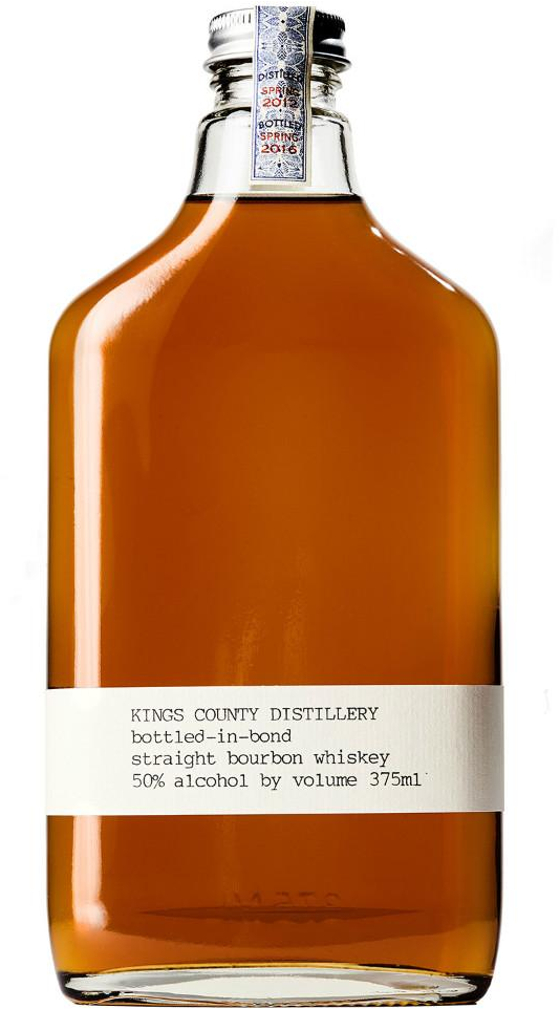 Kings County Bottled in Bond Straight Bourbon Whiskey is rich and decadent with notes of fig, dried fruit, caramel, vanilla and baking spice. the whiskey very smooth with a medium body and slightly sweet on the palate. The finish is long and dry though there is a sense of sweetness from the lingering flavor of vanilla that is intermixed with oak and tobacco. This is a very complex bourbon that is packed full of flavor. Kings County had come into their own and are no longer dominated by small barrel flavors. Drink neat to experience all it's flavor and intensity, or add a little water to soften the alcohol slightly.