DrinkWire is Liquor.com’s showcase for the best articles, recipes and reviews from the web’s top writers and bloggers. In this post, Justin Hyjek offers a fall cocktail. 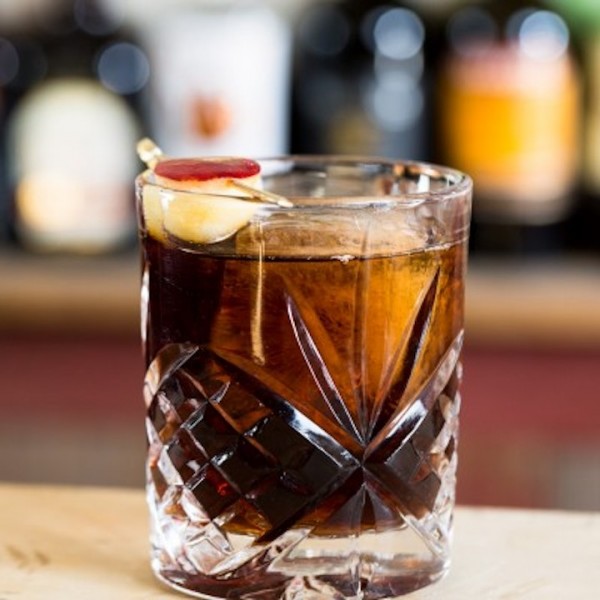 A drink that invokes the beauty of my home state.

Combine all ingredients into shaking tin. Shake with vigor for 10 seconds. Strain into rocks glass with 1 2" cube. Garnish with apple ball, picked and dusted in cinnamon.

Cocktail and recipe developed by Justin Hyjek for Homestyle Hostel. Circa 2017.