From Crémant to Cava to…Champagne. Sparkling Wines to Ring in the New Year!

DrinkWire is Liquor.com’s showcase for the best articles, recipes and reviews from the web’s top writers and bloggers. In this post, Bit By a Fox offers sparkling wine recommendations. 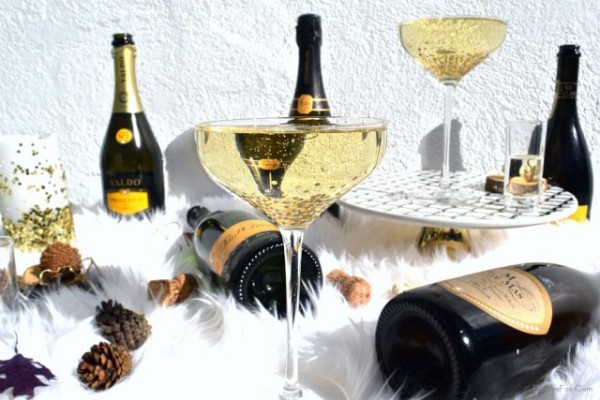 While I love, love, LOVE creating sparkling cocktails for a New Year’s celebration, and I’ve made a few in the past for this here blog, we all know that when the clock strikes midnight, most people turn to the bubbly stuff all on its own. This year I decided to focus on those bottles that will be the most bang for your buck – those that look festive and taste special, but won’t break the bank, especially if you want to get multiple bottles for you and your guests. 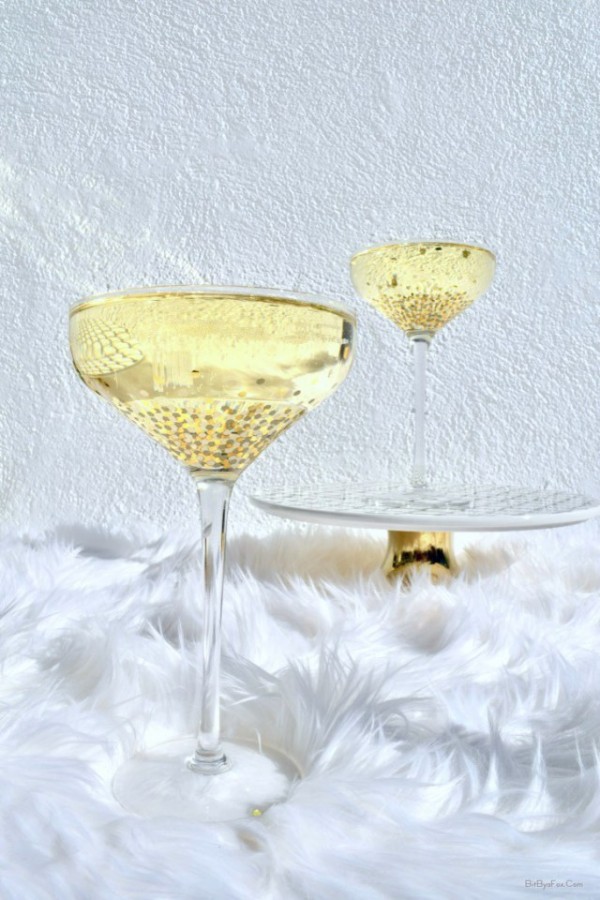 My picks range from the number one selling Prosecco in Italy priced around $15, to an award-winning Blanc de Blanc Champagne priced under $50, to a Spanish Cava made in the traditional Champagne style that you won’t believe is under $15. 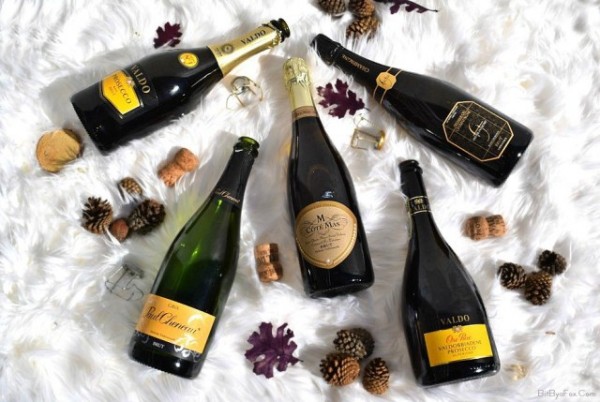 The sparkling wine category has grown steadily year after year, especially in the U.S. almost primarily due to the Prosecco trend. It has nearly eclipsed Champagne in recent years. Clever marketing and the lower price point has been key, of course. And while there has been a glut of questionable quality Proseccos that have flooded the market, there are still many brands that have been able to rival Champagne in taste. 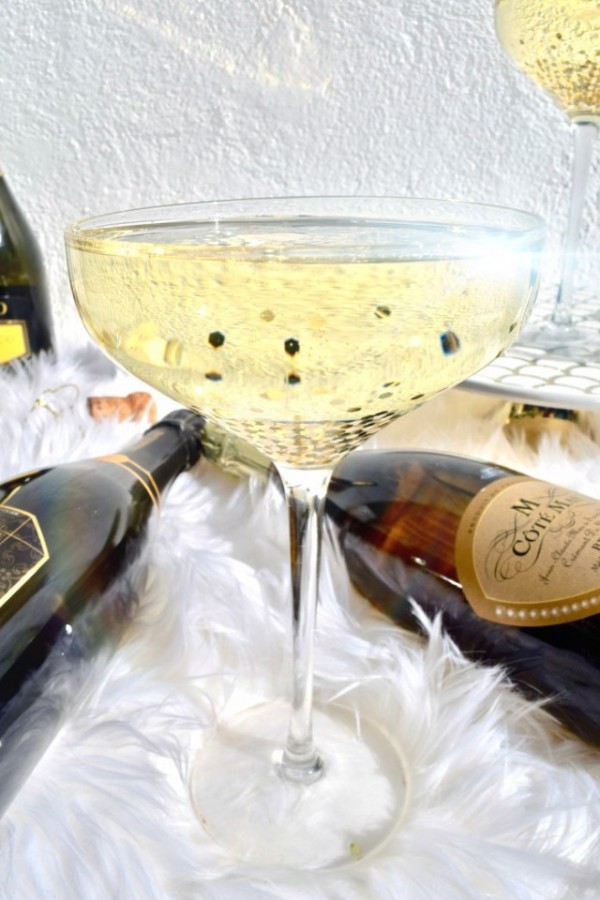 Out of the five featured sparklers featured here, I’ve included two Proseccos. They are both from the same producer – Valdo, crafted in the heart of Prosecco–Valdobbiadene, are both made from 100% Glera grapes, and are priced similarly – around $15. But each one has a slightly different appeal. The Valdo Brut Prosecco DOC is the number one Prosecco consumed in Italy and it is pretty clear why. It goes down incredibly easy; It is slightly drier and has a touch higher alcohol content than the Valdo Oro Puro Prosecco DOCG – the fruitier and toastier of the two. The Oro Puro is aged a bit longer in the bottle and delivers a more complex profile than its modest price might suggest. The fat, elegant shape of the bottle also gives it a little more gravitas than the Brut. Spring for both and serve the Brut with food and then graduate to the Oro Puro to toast afterwards. 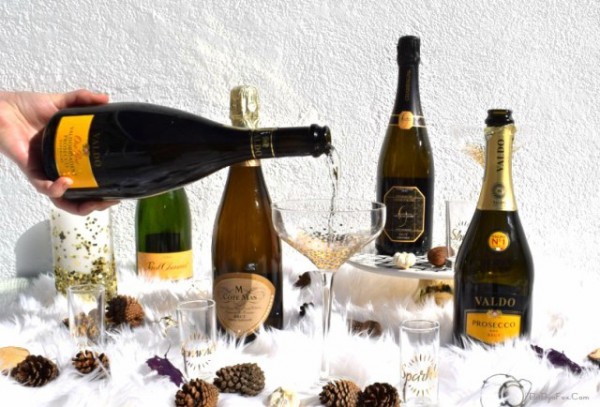 If you want to go French but would like to explore something other than traditional Champagne, a good quality Crémant may be just what you’re looking for. It is made using a second fermentation method like Champagne, but is not from the Champagne region. There is more freedom in terms of what grapes to use for Crémant, but they still adhere to fairly strict guidelines during production. The “Côté Mas” Crémant de Limoux Brut St. Hilaire from Languedoc in southwest France is the kind of bottle that Champagne producers don’t want you to know about. In fact, the Limoux appellation has been producing sparkling wines even longer than the Champagne region, having produced the first sparkling wine on record. The Côté Mas has silkier and more delicate bubbles than a traditional Champagne. Citrus, honey and stone fruit come through reflecting the dominant grapes of Chardonnay and Chenin Blanc. This delicious sparkler is just under $15 a bottle and your guests will never be the wiser. 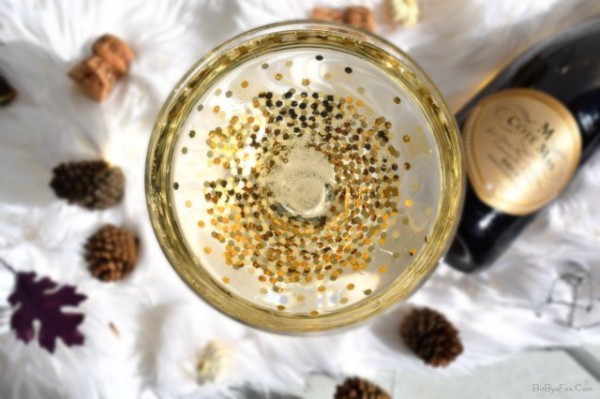 Spanish Cava has long been known as the poor man’s Champagne substitute. (Prosecco has since taken that title but they somehow have made it sexier!) While Cava production has increased over the years, it still does not get the love it deserves. This is by far the most bang for your buck that you’re going to get. The Paul Cheneau line, produced in the Penedès region, takes a lot of influence from the French style and is made in a classic Champagne method but using Spanish grape varietals. The result is a lively and fresh, almost floral quality. The lengthy age comes through in a silky mouthfeel and a nice round finish. At about $14 a bottle this may be one of the best deals in the bunch. 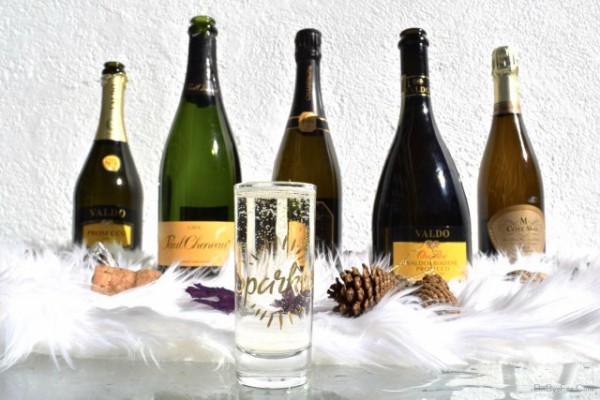 Of course a list of sparklers to ring in the new year would not be complete without mentioning a Champers. Almost all Champagnes are made with a blend of Pinot Noir, Pinot Meunier and Chardonnay, but Blanc de Blancs are made entirely from white grapes. It may not be traditional exactly, but it happens to be my Champagne of choice! 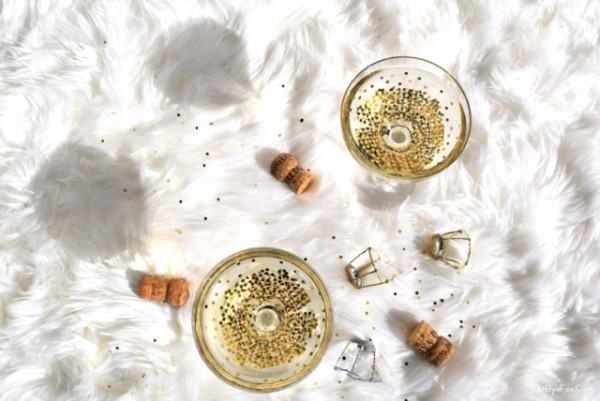 Because Blanc de Blanc is made with only white grapes, it tends to be a little more austere and crisp and have a little more minerality than most other Champagnes. But André Jacquart Champagne Blanc de Blancs Premier Cru Brut Experience goes in a different direction. It is lush and rich, heavier than you’d think when just using 100% Chardonnay grapes. The minerality is still there and it even has a touch of green apple but the depth of flavor and complexity in this Blanc de Blanc belies its single grape. Consistently rated in the top percentage of wines in the world, the $50 per bottle price tag seems like a steal. 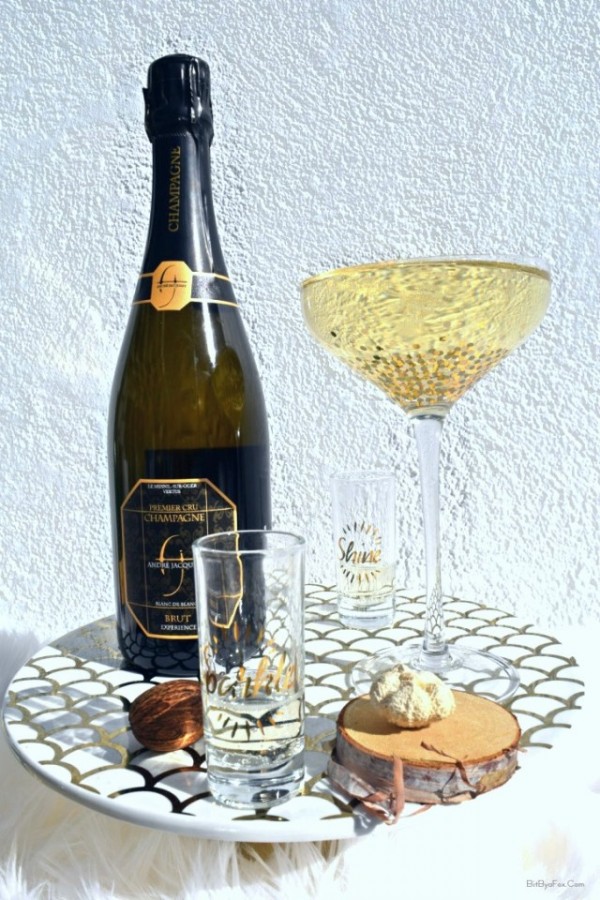 Whatever you pick to toast the new year, I hope you get your hands on some if not all of these bottles at some point. With these prices, you can do your own taste test and see which ones are your faves. Because there is always an excuse to pop open a bottle of bubbly! 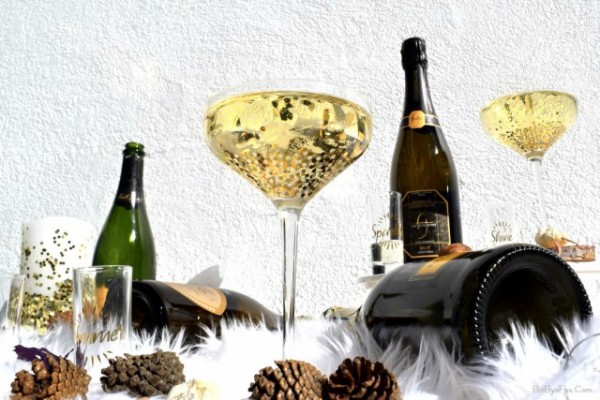 The post From Crémant to Cava to…Champagne. Sparkling Wines to Ring in the New Year! appeared first on Bit By a Fox.