DrinkWire is Liquor.com’s showcase for the best articles, recipes and reviews from the web’s top writers and bloggers. In this post, Boxes and Booze offers a fall cocktail. 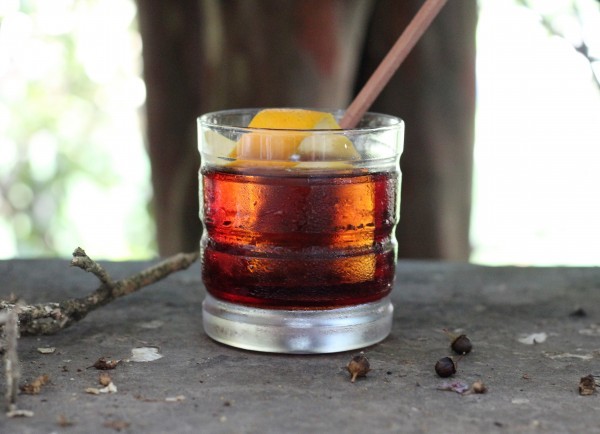 The Old Pal traces its origins to 1927 and the friendship between Paris based sportswriter William “Sparrow” Robinson and Harry McElhone, the famed proprietor at Harry’s New York Bar in Paris. Robinson liked to call every “My Old Pal”. He loved the combination of rye, dry vermouth and Campari that Harry would fix for him, and the drink became legend. Like a Negroni, with whiskey rather than gin, the Old Pal is also a great drink to modify by simply varying the ingredients from the same family of spirits. Instead of whiskey, for example, we can use apple brandy, a wonderful spirit this time of year.

For this version, which is a perfect fall and winter drink, as mentioned I substituted the whiskey for apple brandy from Laird’s, America’s oldest continuously operated distillery. They provided the “spirit” ration to George Washington’s troops in the American Revolution. Instead of regular vermouth, I used the delicious aromatized Italian wine called Barolo Chinato, which is similar to vermouth but full of rich and intense flavors of bitter orange and cinnamon spice. Finally rather than Campari I used Meletti, another bitter Italian aperitivo which features orange and saffron notes. Tying all these flavors together, I added a few dashes of charred cedar bitters, which evoke a wintry scene of forest and fireside, and lastly a few dashes of homemade Sapele Wood Bitters. These last are an amazing tincture made from actual sapele wood, a type of African mahogany. It adds one more incredible layer of mellow sweet flavor to this delicious drink which has made it a favorite I’ll be enjoying over and again this season. Here’s to good pals, old and new. Cheers! 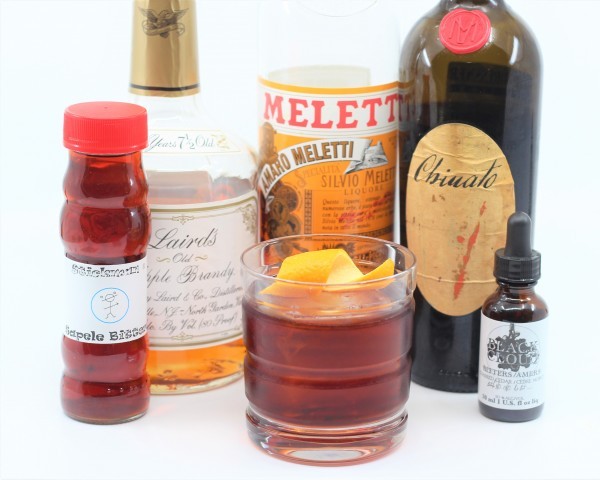 Stir together with ice. Garnish with an orange twist and sapele stave stirrer.

Cocktails and puzzle boxes ... an unusual and entertaining diversion of hand crafted creativity. Fine woodworking, artisanal spirits, the puzzling yet poetic symmetry of art and history in its many manifestations. Cheers!