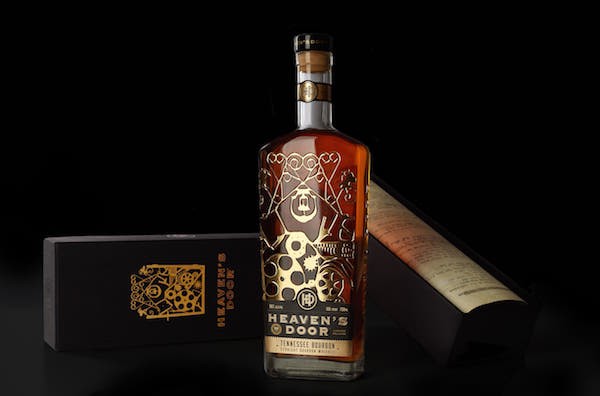 Heaven's Door Spirits, those co-created by iconic musician and artist Bob Dylan, will release the final bottles of its 10-year, 100-proof Tennessee Straight Bourbon in a limited two-barrel lot batch. A rare whiskey offering — "The Bootleg Series" — will be available later this year, the company announced in a news release.

"We are excited to offer whiskey enthusiasts the last remaining bottles of Heaven's Door 10-Year Tennessee Straight Bourbon," said Ryan Perry, master blender for Heaven's Door Spirits. "The reaction to our first release was so positive, we felt we had to bring it back one last time."

The bourbon is mellowed with sugar maple after distillation before entering new white oak barrels. It's offered to customers in a commemorative box, featuring a replica of Dylan's original typed lyrics of "Maggie's Farm" and "Subterranean Homesick Blues." The final bottles of this bourbon are available via pre-order on ReserveBar.com and in stores soon, the release says.

Later this year, Heaven's Door will unveil the first of its Bootleg Series of rare whiskeys, named after Dylan's famous "Bootleg Series" of albums.

“The inaugural release will be a 25-year-old whiskey finished in Japanese Mizunara oak casks, creating a truly unique and distinctive flavor profile. Native to Japan, Mizunara Oak is one of the rarest and most expensive types of oak in the world," the release says. "Waiting at least 200 years before being harvested for barrel aging, alongside a global boom of Japanese whiskey, Mizunara Oak has become extremely difficult to procure. As a result, Japan has created an annual auction of the oak with a small supply going to the highest bidders."

The Bootleg Series will be available in limited quantities for the 2019 holiday season, at about $500. Heaven's Door says it will provide more details on this offering later this year.