Here’s to the New Beers of Summer 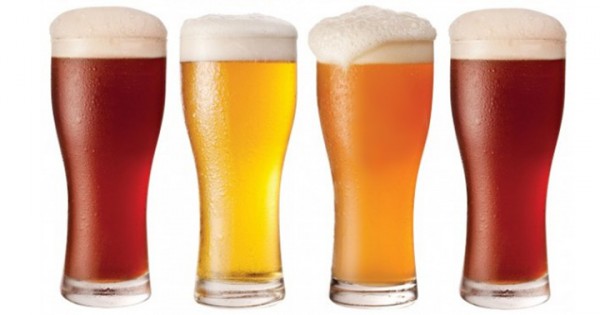 Nearly 200 years before the establishment of the Reinheitsgebot (German beer purity law), the Brewers Guild of Kaufbeuren in Bavaria had already declared that naught but the finest barley, hops and water (hey, what did they know of yeast in 1325?!) could be used to make beer at the Aktien Brewery of Kaufbeuren (ABK, ABKBeer.com), which was founded in 1308. Therefore lovers of Bavarian beers will want to note the recent arrival of ABK’s beers in Las Vegas, thanks to a joint importing effort between serial entrepreneur Jonathan Kendrick and John Paul DeJoria, creator of Paul Mitchell hair care and Patrón Tequila. Their ROK Imports, and local distributor Ararat Wine & Liquor have teamed with former Hard Rock Hotel nightlife executive and Rehab party founder Chad Pallas to bring three ABK beers to Las Vegas. You can now find ABK’s Hell, Edel and Rose (Edel shandy) at 18 area Lee’s Discount Liquor locations for $1 per bottle while the first shipment lasts. If all goes well, Pallas might also bring in ABK’s Schwartz and Doppelbock brews.

Meanwhile, Breakthru Beverage is wasting no time what with this early summer and is already bringing out the big guns. Last month the distributor added three new breweries to its craft fold. As the rollout continues, our fellow beer nuts will be able to get their hands on brews from San Diego’s Belching Beaver and Orange County’s The Bruery.

Just reading this, fans of Belching Beaver (BelchingBeaver.com) will salivate thinking about the Peanut Butter Milk Stout that put the Beav on the beer map. Personally, it’s the Great Lei Pineapple Colada IPA that screams “Summer!” to me. Of course, you might prefer the Horchata Imperial Spiced Stout. The point is: This beaver belches big, in-your-face flavor. Look for those as well as Me So Honey Wheat Ale and Hop Highway IPA on menus and in stores this month.

On the other end of the spectrum, The Bruery (TheBruery.com) is highly regarded for its artisanal and complex beers, and specializes in barrel-aged and experimental ales. Founded as a small, friend-and-family run business in 2008, The Bruery ages nearly half of its beers in wine or spirit barrels to evoke flavors reminiscent of the Belgian countryside or those of classic American distillers. Smack your lips on the Oude Tarte, a Flanders-style red ale, and stock up on these beautifully labeled 750-milliliter bottles for year-round gift giving.

The post Here’s to the New Beers of Summer appeared first on Vegas Seven.