Hollywood: Drinks at The Parker Room 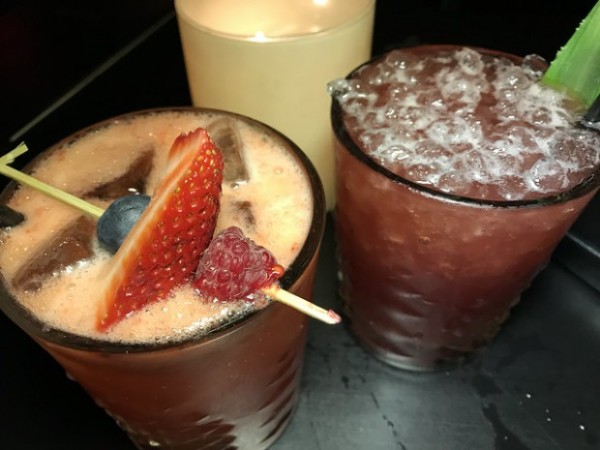 After dinner at Banh Oui, we walked over to The Parker Room.

I’ve been curious about the new side bar of Los Balcones. It’s dark and feels like a neighborhood bar. The room is narrow and if you’re not lucky enough to grab a seat at the bar, it feels like you’ve been abandoned to the dark corners. Or maybe you like that sort of thing — wink wink. But don’t worry, the bartender does come around to the tables including the ones near the front to check on you.

We ordered two drinks. Luckily we both wanted to try the same two drinks. I had the Yardbird with Four Rose bourbon while my friend had the rum drink with the chicha morada. As mentioned, the bar is attached to Los Balcones, a Peruvian restaurant so it makes sense they utilize the house purple corn drink.

If you’re watching a movie across the street at the Arclight, this isn’t a bad spot to stop in for a quickie.