I Tried It, No Poison

DrinkWire is Liquor.com’s showcase for the best articles, recipes and reviews from the web’s top writers and bloggers. In this post, Justin Simko offers a fall cocktail.

Named after the iconic bewitched poison apple from Snow White, "I Tried It, Not Poison" is proven to be an invigorating concoction, rather than a tiring one. 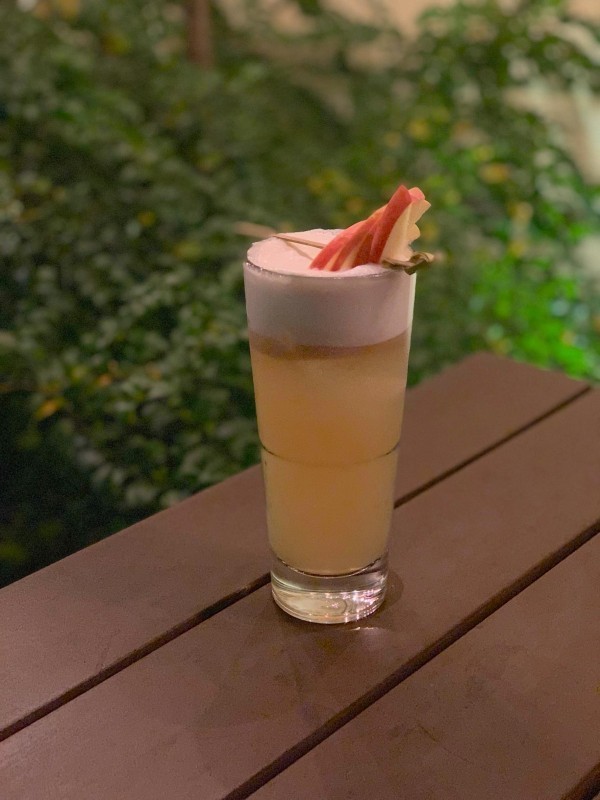 It's a complex sipper inspired by the Moscow Mule, offering a lot of depth while remaining a light and refreshing combination of bourbon, apple shrub, egg whites, and ginger beer. The bourbon, Barrel #91 by Chattanooga Whiskey, was an easy choice due to its viscosity and high rye mash-bill. The baking spices are prevalent on the palate and pair nicely with the housemade ginger beer, which is then brightened with lime juice and apple shrub.

Shake all ingredients with kold draft cubes. Double strain and dry shake. Pour into a Collins glass, top with ginger beer, and garnish with an apple shuriken.

Drawing from his traditional culinary training & fine-tuned understanding of flavor profiles, Justin Simko has mastered the philosophy and art of creating the perfect cocktail. He most enjoys the constant evolution in the bar industry, as well as creating unique and memorable experiences for each guest. His drink of choice is a Gin & Tonic on a hot summer day, and when he’s away from the bar, Simko enjoys fishing the shores of nearby Folly Beach with friends.