Intro to: How Whiskey Barrels Are Made - Part 1 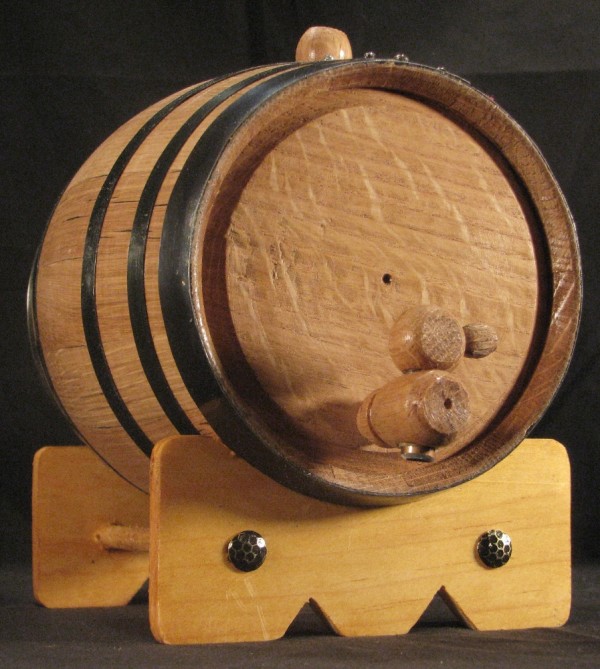 Ageing or maturation is an integral process of making any type of whiskey. Around the world, whiskey or whisky is made from various types of grain mash, from barley to rye, corn to wheat and blends of different grains. Scotch whisky, which is produced in Scotland, must be aged for at least three years. In America, bourbon whiskey doesn’t have any minimum ageing requirement. Many bourbon whiskeys are aged for a few weeks to a few months. However, if it is straight bourbon, then it is subjected to at least two years of ageing or maturation. The more aged or matured a whiskey, the better it is. This ageing or maturation process doesn’t happen in the bottle. It happens in barrels or casks.

Whiskey barrels are made from oak. Any oak would not do as only three species are deemed acceptable for cooperage, which is the process of making whiskey barrels. The same exact process applies to small whiskey barrels(like the ones made by Top Shelf Barrels) Quercus Alba, also known as white oak or American oak, is the most widely used type in the United States. Quercus Petraea or sessile oak is used widely in Europe and especially in France, mostly for wine cooperage. Quercus Robur or pedunculate oak is also used in Europe and especially in Spain, mostly for sherry and cognac cooperage.

The United States has a stipulated system for barrel production, leading to what is called American Standard Barrels or ASB. Only these barrels are used for ageing Tennessee or Bourbon whiskey. Such a standard barrel is completely airtight, it has a capacity of fifty two gallons or two hundred liters, it is charred and made of thirty one to thirty three staves with the two lids, on top and bottom. The barrel must be made of white oak or American oak and there should be twelve rivets and six steel hoops.

American white oak is the primary raw material. Most of the white oak used in whiskey barrels in the country is obtained from eastern to the mid United States and some is imported from East Canada. The white oak is procured directly from sawmills. The white oak may be matured or not but it should be devoid of the moisture that is prevalent in a freshly cut tree.