Johnny Appleseed: Fall in a Glass

Fall, autumn — whatever you want to call it — is my favorite season. The leaves change (well, not specifically where I am, but I can imagine it), the weather cools off and it’s apple picking season! If you’ve never been apple picking, then you’re not alone. It’s a great fall idea though right? With that in mind: the Johnny Appleseed! 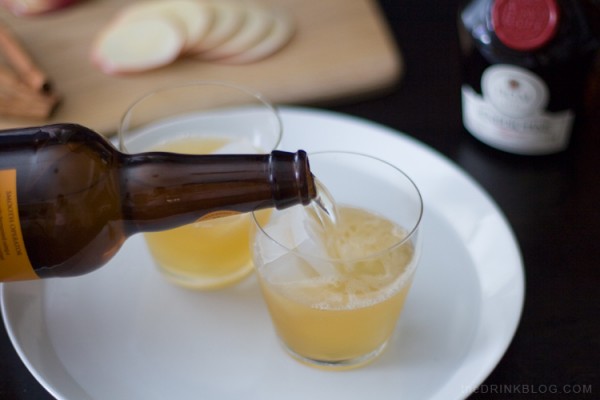 Here’s what you’re getting with the Johnny Appleseed: double apple power! There’s Applejack (rumor has it George Washington so liked it, he asked for the recipe) and hard apple cider. As far as the hard apple cider goes, pick your favorite — which for me, for this drink, was a Crispin Honey Crisp. I like the brightness and hint of sweetness that it brings to the drink. Plus, you get to drink the leftovers yourself — there’s something for the drink and something for the chef.

Wanna add a little more character? Feel free to add a half ounce of allspice liqueur. It’ll add a bit more of those fall spice flavors, rather than just a pure apple experience. For me though, it’s all apples all the time. Now get out there and enjoy fall!

After people kept asking us what cocktails they should try, Alice and I started TheDrinkBlog. This is what we're drinking -- give it a try!