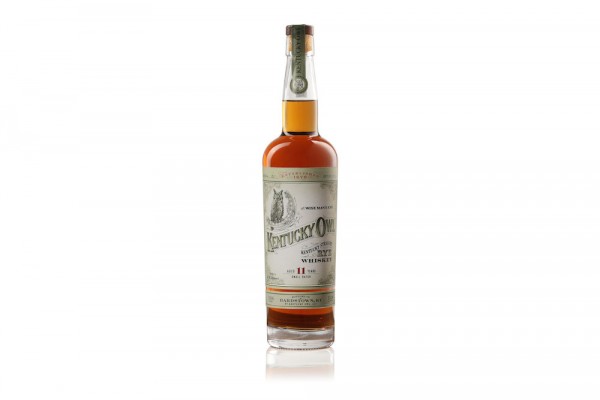 Master Blender Dixon Dedman crafted the small batch rye from a collection of barrels blended and brought to proof to accentuate both the delicate profile and the full-flavored body of the whiskey. Following the recent release of Kentucky Owl Bourbon Batch #7, the straight rye whiskey will roll out in 25 U.S. markets this month.

"Good rye, to me, is not an everyday pour. It's a sipping whiskey that, at its core, should be thought-provoking and heavy-hitting," Dixon said via a statement. "We tamed this combination of barrels to make Kentucky Owl Straight Rye Whiskey a bit more approachable to the casual drinker, while still achieving a blast of sensation to the palate and the full-flavored nature that really defines rye whiskies. I'll always make bourbon, but rye's got a place in my heart, too, and I plan to enjoy this one while sitting by the fire."

On the nose, Kentucky Owl Straight Rye Whiskey features vanilla, cloves and lavender with sweet pine and oaky undertones. The taste has hints of nutmeg and cinnamon giving way to pepper and vanilla on the front with a some anise across the middle before finishing with a subtle cinnamon spice.

Kentucky Owl® 11 Year Old Straight Rye Whiskey will be available in limited quantities with a suggested retail price of $130 for a 750mL bottle.