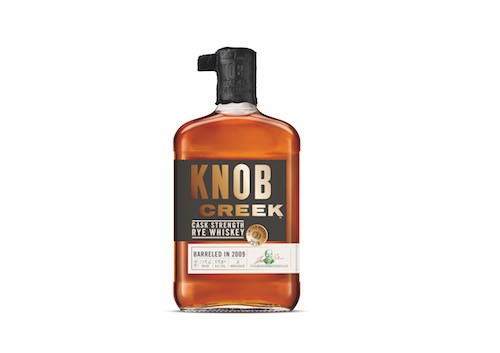 Rye whiskey is in the midst of a full-throated comeback.

A typically tough grain to distill, rye reached its zenith before Prohibition but waned after its repeal, in favor of smoother bourbons and smoky Scotches.

Consumers have again come to realize the complexities inherent in a good rye whiskey.

Craft distillers are producing some wonderful ryes, and many have stories to tell about how the sticky grain had them rethinking their decision to try to distill large batches of the stuff. Thing is, when done right it’s delicious, alternatively spicy and sweet on the palate.

Recent additions to the burgeoning rye market include a couple from Beam Suntory. I’ve written about Old Overholt Bonded Straight Rye Whiskey, which premiered a few months ago. That comes in at 100 proof, so a bonded whiskey here makes sense. Many drink rye because of its spicy front notes, and it’s only reasonable to expect it to hit a higher proof.

Beam products are nothing if not exceptionally consistent, especially its small batch line, which includes Booker Noe’s Knob Creek.

Fred Noe and company kick it up a notch with the upcoming limited-edition cask strength rye.

It’s aged for nine years in Warehouse A, the oldest standing rackhouse at the distillery.

The new offering “takes our award-winning Knob Creek Straight Rye Whiskey … to the next level as an ultra-aged, unfiltered rye whiskey.”

It hits the nose with sweet caramel, toffee, a hint of cinnamon and citrus and, of course, smooth vanilla. The nose offers little in the way of hinting at the 120-proof gut punch that awaits.

The rye spice is comfortable, even for the higher proof. It’s buttery on the front with notes of warm honey and just a bit of oak. Some water or ice helps accentuate the rye sweetness.

A couple of years ago, from a rocking chair on the back porch of his Knob Creek house in Clermont, Kentucky, Fred Noe offered this small piece of advice, which I relayed in my book, “Still & Barrel:"

“Stick with your recipe, change little, and don’t chase trends.”

The new Knob Creek offering bears that out and, in fact, earned "Best Rye Whiskey" at the 2018 San Francisco World Spirits Competition.

It will be available in early June for about $70 a bottle, a veritable bargain when considering more expensive and far less interesting ryes distilled in Indiana.