Laphroaig 28 Year Old is an investment, but a remarkable one at that 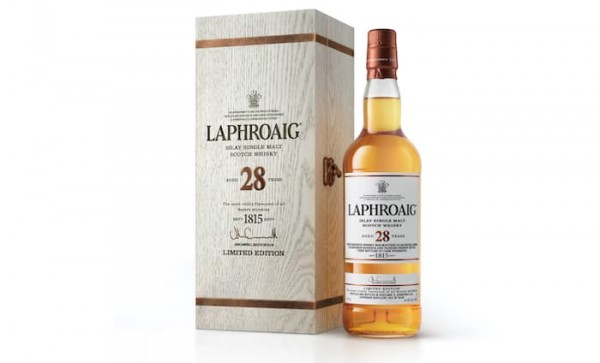 More and more these days, buying a nice bottle of whiskey — or whisky — is an investment, more of a long-term project.

Something to savor over time.

Most offerings from Laphroaig qualify, though the distillery’s latest release is an island unto itself, so to speak.

Laphroaig 28 Year Old, released in October, is one of oldest expressions from the Islay distillery.

“The marriage of its different casks sizes with sherry casks creates a sweet taste, complemented by peppery spices and finishes with a lingering peaty flavor and touch of iodine and seaweed, reminiscent of Islay,” the distillery says in a news release.

The rich, smoky peat is unmistakable, but it comes in a bit lighter on the nose. There are notes of sage and pine, rosemary and thyme. A hint, of course, of a burning campfire. On the palate it’s sweet, coating the mouth in vanilla, cinnamon and baked apples. The rich peat finish lingers nicely, a dried, peppery spice.