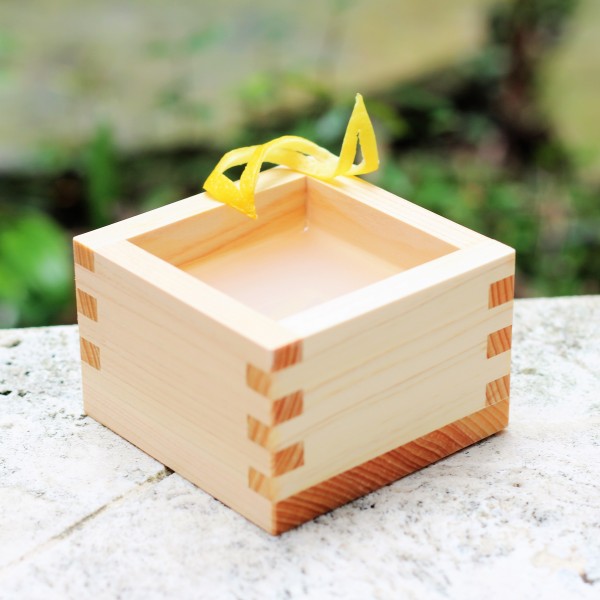 Let’s talk about sake for a moment. For goodness sake, it’s one of the oldest known spirit distillates on historical record, dating at least to the eight century and possibly earlier. Sake is a spirit made from fermented rice, in which a brewing process similar to that used for beer converts starch into sugar, which is then converted to alcohol. Unlike with beer, where these two processes occur separately, they occur simultaneously during sake brewing. Like most unique spirits there are numerous styles and flavor profiles. Sake is traditionally served in different types of vessels, from the flat saucer sakazuki, to the small cup ochoko, to the wooden box masu. Sake is also served at many different temperatures, with warm sake typically reserved for winter, and for lower quality spirit. Most high quality sake is served chilled, like a fine white wine.

The masu, traditionally made from Japanese cypress wood, is a simple cubic box made to a very specific measurement. These were originally used to measure exactly 1 serving of rice, known in Japanese as “go”, a Japanese “cup”, which in modern equivalents equals 180ml or approximately 6.1 US fluid oz. This has also become the traditional serving size for an order of sake, which is often presented with an overflowing cup or glass, to symbolize generosity and prosperity. Here's a sake cocktail to toast this fine puzzle box, which looks just like a classic masu. Of course a masu full of sake alone would have been enough here, but we shall go the extra mile. For this drink I used a favorite sake of mine, nigori sake, often referred to as “cloud” sake because, well, it’s cloudy. That’s what nigori means in English. After fermentation sake is filtered to remove the remaining grain solids, with resulting clear spirit. Nigori sake is coarsely filtered, using a broad mesh, so that fine rice particles remain and impart a cloudy appearance. It is generally sweeter and milder in flavor. 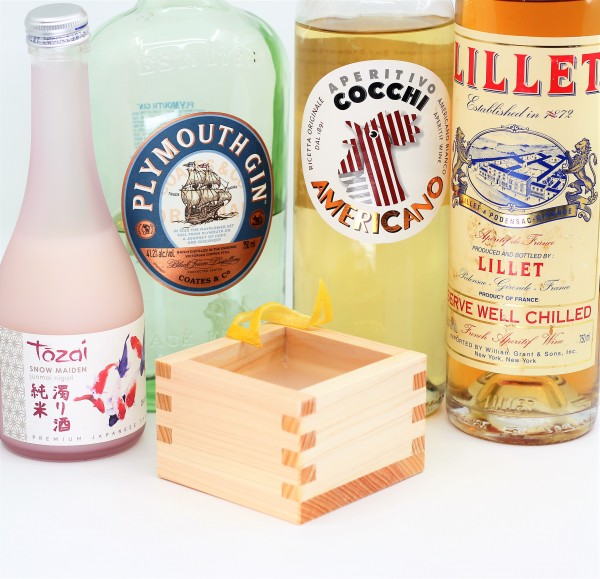 I’ve used it to create a Japanese version of the classic James Bond drink, the Vesper. You are likely familiar with his famous shaken martini, which appears time and again in the novels and movies along with the catchphrase “shaken, not stirred”. The drink he originally orders in the very first Ian Fleming novel, Casino Royal, 1953, is one of his own invention, composed of 3 parts gin, 1 part vodka, and ½ part Kina Lillet, shaken until ice cold and served with a lemon twist. The drink is unnamed until later, when he settles on “Vesper”, the name of his original love interest, Vesper Lynd. The Vesper differs greatly from a traditional martini, which is made with gin and vermouth, and classically, stirred. Bond’s version adds some vodka, and switches the vermouth for Kina Lillet in a very dry proportion. Kina Lillet is a French aromatized aperitif wine flavored with quinine that was popular at that time. Since then it has gone through a few formula changes, such that it was impossible to create a true Vesper for a long time. The “Kina” component is back again now in Lillet, however, so Bond fans can rejoice. For even more robust quinquina flavor Cocchi Americano can be added as well. In this version of the Vesper, I’ve swapped out the vodka for sake, and therefore adjusted the drink’s name to reflect Bond’s love interest from the 1967 film version of You Only Live Twice. Kampei!

Shake ingredients with ice and strain into a masu cup. Lemon twist. 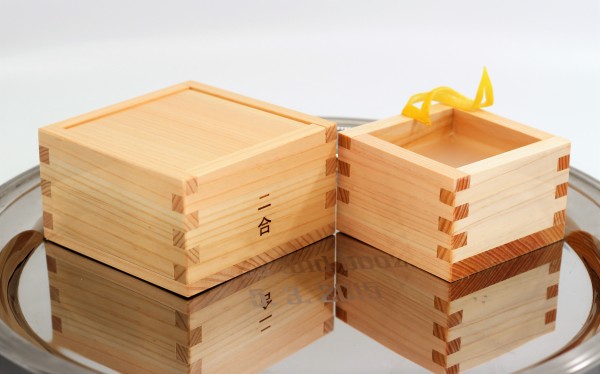 For more about the masu measuring cup puzzle box see:

Boxes and Booze: Measuring Up

Cocktails and puzzle boxes ... an unusual and entertaining diversion of hand crafted creativity. Fine woodworking, artisanal spirits, the puzzling yet poetic symmetry of art and history in its many manifestations. Cheers!

Catching Up With Copper & Kings, Kentucky's Most Iconoclastic Distillery
Bespoke “sipping” Blazer from Crown Royal XR is the Ultimate Gift Idea
How Well Do You Know the Cosmopolitan?
Cheers To Easy Holiday Cocktails!