Both Directions At Once: Mount Gay & Glenfiddich Come At The Rum-Whisky-Peat Trifecta From Different Angles

We boozers live in a time of rampant experimentation, and for the most part it's a wonderful thing. Distillers and blenders have been blurring lines all over the spirits industry for a few years now. Cognac finished in bourbon barrels, bourbon finished in curaçao casks, shiraz-finished gin.... if you've got an open mind and an adventurous palate, it's an exciting time for drinkers as well.

There's nothing new about peated malts or rum cask-finished whisky, but the idea of putting smoky peat together with rum, now that's something different. Combining the two wildly disparate flavors in harmony is a tall order, but Mount Gay and Glenfiddich have both pulled it off with their new bottlings. Obviously, since Mount Gay makes rum and Glenfiddich makes single malts, they come at the idea from two different directions. But they meet at the intersection of delicious and innovative. 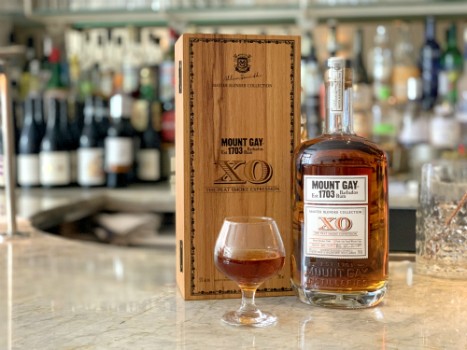 Mount Gay XO Peat Smoke (57% ABV, $250) has the advantage of using Barbados-based Mount Gay's XO rum, aged 8-15 years, as its base, which just happens to be one of the finest you can buy. What's even better is that it's bottled at 57% ABV (114 proof), rather than XO's traditional 43%. Aged for 8-15 years, it's finished for six months in ex-Islay whisky casks. Rum and peat may sound like a weird combination, but in this case it works. Mount Gay doesn't add sugar post-distillation, so it's quite dry compared to the sweet rums so many casual drinkers associate with the category. Both on the nose and the palate, the peat complements the rum without overwhelming it. The higher proof brings up notes of caramel and chocolate, while the pineapple and coconut notes you may associate with rum are pretty subtle. The dry smoky notes evolve gradually, but by the time the rum slips throatward, they're there in full force, leaving behind a dry, lingering finish that begs to be followed up with another sip. Limited to about 1,200 bottles in the States, the only bad thing about XO Peat Smoke is the hefty cost. But if you love rum, don't let the price dissuade you. (It's hard to find, but, Barrell has its own peated whisky-finished rum, Tale Of Two Islands, in the neighborhood of $100). 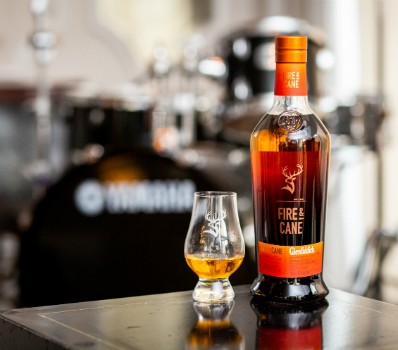 Glenfiddich Experimental Series: Fire & Cane (43% ABV, $50) is the fourth in an ongoing series of tinkerings from Glenfiddich's malt master, Brian Kinsman, and I think it's the best yet. Glenfiddich is a classic Speyside whisky, but for this experiment they used peated malt — that's how Islay whiskies get their big, smoky flavor. The difference here is that the peat was from Speyside, not Islay, which gives the finished product a different flavor. It was blended with traditional unpeated Glenfiddich, so the peat is subtle and well-integrated. The blend was then finished in rum casks. Kinsman and his crew really nailed it — Fire & Cane finds the perfect balance of sweet and peat. It's a smoky, fruity monster of flavor. The rum takes the lead first, with bright orange notes following close behind, before the dry smoke and woody notes unfold on the back of the tongue. It's positively addictive, and at only $50 a bottle, it's an addiction that's relatively affordable to feed.

Trying the rum and the whisky side by side is a hell of a compare-and-contrast. Single malts have a more macho reputation, but the XO Peat Smoke, with its high proof and dry, concentrated flavor, is a bruiser of a rum, although it's also a refined and complex sipper. Single malt snobs may well be converted by this gem. Fire & Cane, by comparison, is sweet and gentle, though the peat influence gives it some extra "ooomph," to use the scientific term. If I had to pick one... well, I'm glad I don't have to. I hope you won't, either.