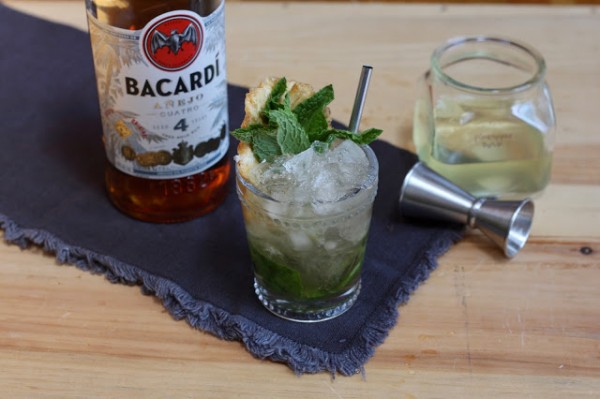 It's the first week of May, and you know what that means: Juleps. Or Margaritas. Or weird combos of both. Because the first week of May is when we celebrate two of America's favorite excuses to drink: the Kentucky Derby and Cinco de Mayo. Because let's face it, that's really all they both are. The Kentucky Derby lasts all of two minutes if you don't count the time you spend drinking Mint Juleps before the race, and the average American probably couldn't tell you what Cinco de Mayo even celebrates other than the stellar combination of lime and tequila. But I like how both events inspire my favorite cocktail sites to come up with creative variations on these two iconic drinks. And since it's been a while since I made a julep, I figured I'd join the party. 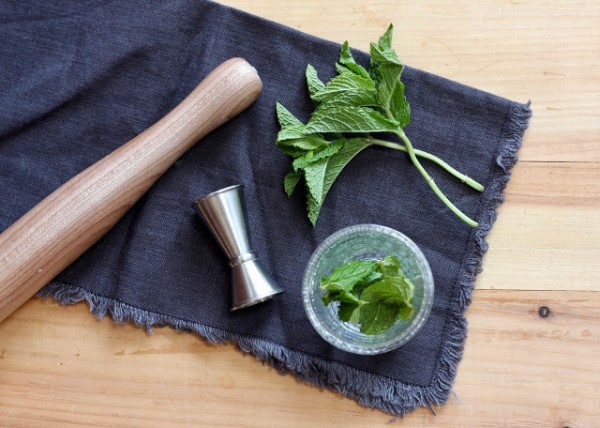 A julep is a combination of a spirit, a sweetener, and usually herbs or other flavoring. This drink has a long history (more of it can be found here), likely beginning in the Middle East with a rosewater beverage called a gulab. As it made its way to Europe and on to America, spirits and mint were added. Juleps were often prescribed as health tonics, and early American colonists would drink them in the morning for their health. Before whiskey became the ubiquitous American spirit, they were usually made with rum. 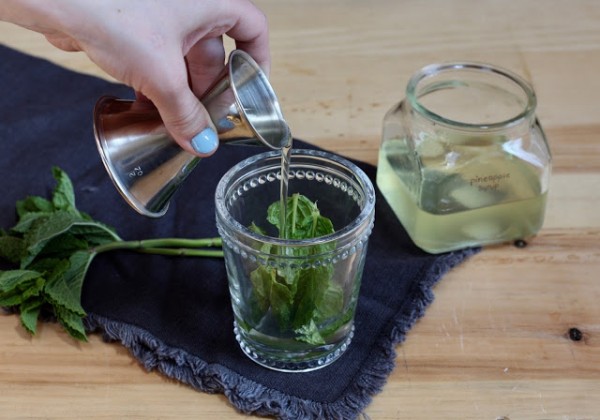 Since I'm falling more and more in love with rum these days, and in honor of those early juleps, I decided to make a rum julep to celebrate the upcoming Derby Day. I thought a pineapple syrup would be a really nice combo with some good aged rum and fresh mint. I tried a couple of bottles and settled on Bacardi Añejo Cuatro, which is bright and fruity and really shined in this recipe. Making the syrup takes a bit of prep work, but otherwise it's a deceptively simple cocktail - as juleps often are. That's one of the things that makes them so good. 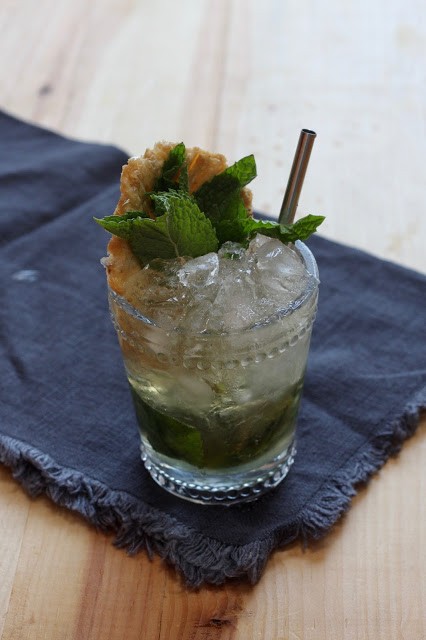 Place mint leaves in the bottom of a julep cup. Add pineapple syrup and muddle gently, bruising the mint but not breaking it up. Then add the rum and stir a little. Fill the cup with crushed ice and garnish with a dried pineapple slice and a bunch of mint. Heap a little more crushed ice on top and serve with a straw.

*For pineapple syrup, combine 1/2 cup water and 1 cup sugar in a saucepan and bring to a simmer, stirring to dissolve the sugar. Add 1 cup fresh pineapple, cut into chunks. Simmer for about five minutes. Crush the pineapple with a potato masher or the back of a spoon and continue to simmer for five more minutes. Let cool and fine-strain out the pineapple pieces. Store in the fridge.

Katie Stryjewski is an evolutionary biologist by day and cocktail blogger by night. She started her blog, Garnish, to learn more about spirits and cocktails and keep track of great recipes. Garnish is all about making craft cocktails more accessible to everyone!