DrinkWire is Liquor.com’s showcase for the best articles, recipes and reviews from the web’s top writers and bloggers. In this post, offers a fall cocktail. 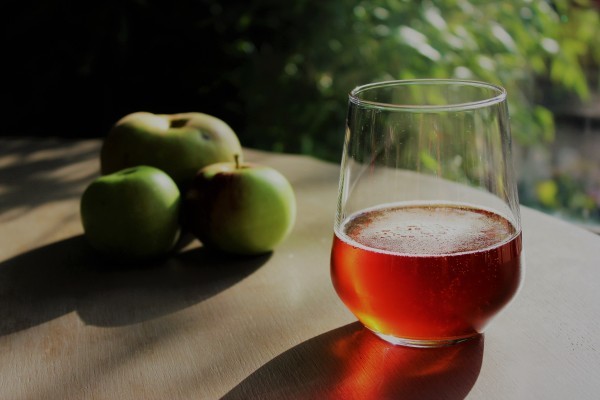 Across The Pond we find a culinary tradition involving wheat and apples most may not know of. Bretagne (Brittany in English) is a region in France full of unique customs in a country known for its old world charm. One of the most famous is the pairing of a savory buckwheat crepe (known locally as a gallete) with a sparkling apple cider. Add a dash of Creme de Cassis (a blackcurrant liqueur originally from France) to your cider and you have whats known as a Kir Bretagne, a lesser known cousin to the Kir Royale (Cassis and Champagne)

Following in the footsteps of the Kir Bretagne by using a dry apple cider where you might normally employ sparking wine is a great way to update your drinks with the changing of the season. By taking a well balanced cocktail, such as a Manhattan, and increasing the sweet component, you can use a dry apple cider to bring everything back into balance, while providing a elegant effervescence.

Adding apple cider into your cocktail repertoire is a simple and delicious way to enhance your drinks, making it that much more enjoyable to watch the changing of the leaves on your patio this Autumn.

Note, this recipe was originally developed with a buckwheat based whisky which is not surprisingly produced in Bretagne, however, it is as equally delicious when made with a spicy rye whiskey. Plus, there's nothing like rye whiskey and apples in the Autumn.

Stir the first three ingredients together over ice until well chilled and diluted and strain into chilled glass. Top up with Cider.

Bartender born in America, who learned and trained in Australia, and currently lives in France. Looking to explore the finer details of what makes this industry great