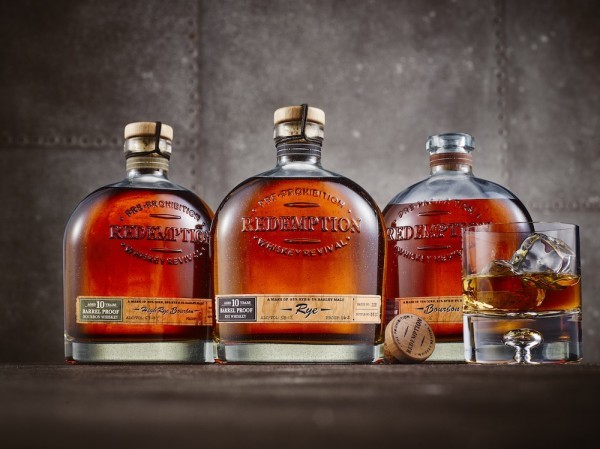 The Redemption Aged Barrel Proof selections are created with the same distillates and mash bills as Redemption’s core whiskies: Straight Rye, Bourbon, and High Rye Bourbon. Aged between 9-10 years in charred new oak barrels and minimally filtered, these are bottled at cask strength.

Redemption’s new packaging takes cues from a bygone era when rye was king in America and each bottle features the story about America’s whiskey revival printed on the back of a cherry wood label.

Redemption Whiskey is distilled in Indiana and bottled in small batches in Bardstown, KY, with each batch and bottle number on every label. The Redemption portfolio includes Redemption Rye Whiskey, Redemption High Rye Bourbon, Redemption Bourbon, and a limited-edition Wheated Bourbon, released in June 2017.

The Redemption Aged Barrel Proof collection will be available this month in select U.S. markets at $99.99 per bottle.