Review: Calvados - The Spirit of Normandy 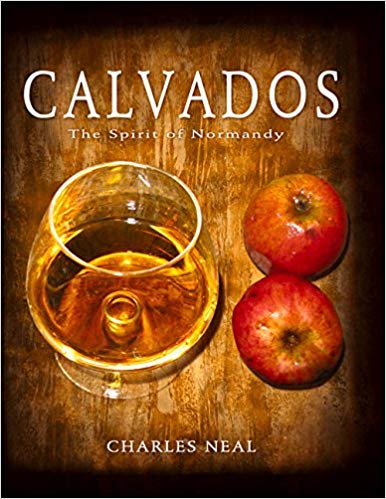 Charles Neal is the owner of Charles Neal Selections, an importer and distributor based in San Francisco, CA and the author of Armagnac:The Definitive Guide to France's Premier Brandy. Neal's most recent book is Calvados: The Spirit of Normandy. During the course of his research, Neal traveled extensively throughout France and conducted over 200 interviews with calvados producers in Normandy. This experience as well as his work writing Armagnac and import business makes Neal one the country's top proponents and experts on French spirits.

At over 700 pages Calvados is not just a thorough catalog of calvados producers, but an attempt to understand calvados by contextualizing it in the place that it comes from. Neal begins the book with a social and ecological history of Normandy, a survey of how calvados is made, how to read calvados labels and age statements. From there, Neal divides his producer profiles into three major sections: agricultural producers, who are farm distillers who manage their own orchards, ferments his own cider and distills it; Industrial Producers, who are incorporated businesses that by in large purchase the majority of their fruit from other growers and distill and blend the majority of their own distillate; and, Negociants, who purchase 100% of their distillate from other producers, but age, blend and bottle the calvados in house.

For a variety of market reasons, American drinkers are beginning to show more interest in drinking brandy whether neat or in a cocktail. Neal's Calvados can be an instructive guide for both consumers and for US distillers who are interested in learning how some of the world's best apple brandy is made. Neal outlines a variety of techniques that craft distillers can emulate though there are some disadvantages that will not be overcome quickly. Because of a lack of demand, US apple grower have largely torn out the old varieties of cider apples that once filled American orchards. Like with non-GMO and heirloom varieties or grain, craft distillers can partner with local growers to replant the cider varieties needed to make complex, flavorful and interesting apple brandy that can withstand the test of time.