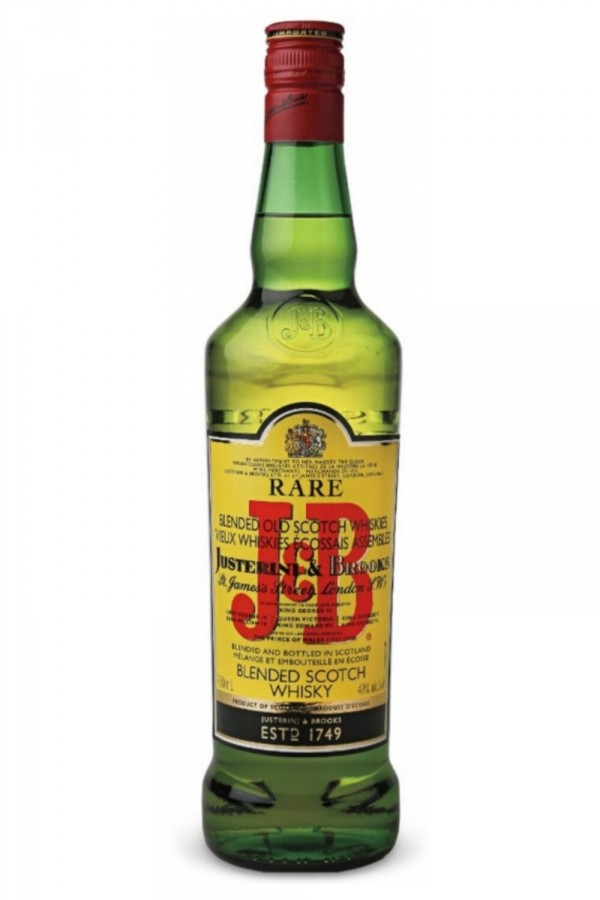 In 1749, Giacomo Justerini moved to from Bologna, Italy to London and with his business partner George Johnson, they established a wine and whiskey shop in the upscale Pall Mall shopping district. Years later in 1831, Alfred Brooks purchased their company and renamed it Justerini & Brooks. During Prohibition, J&B sent Eddie Tatham to the United States to evaluate the potential market for their Scotch. On his return, Justerini & Brooks designed a new blend which they named J&B Rare and released in 1933, as soon as Prohibition was repealed. By 1963, J&B Rare sold over one million cases and by 1974 it was the number one selling Scotch in the US. Competition from Cutty Sark, Dewars and Johnnie Walker slowly chipped away at their lead and in 2018 J&B Rare was the sixth most popular Scotch Whisky in the world, selling 3.2 million cases.

J&B Rare is a Blended Scotch which means it is a mixture of both Sottish malt whisky and Sottish grain whisky. J&B claims that their Rare blend is made from 40 different whiskies and according to one source these include grain whiskies from Cameronbridge and North British distilleries as well as malt whiskies from Auchroisk, Benrinnes, Glen Spey, and Strathmill.

Nose: Very pleasant and light aromas of red apple, malt, and a slight confectionery note like salt water taffy and a light note of smoke.

Palate: On the palate the whisky has a medium body that starts sweet and then develops a slight sharpness. The flavor has notes of oak, smoke, and malt all backed up with a corn sweetness.

Finish: The finish is medium long and semi-sweet with light flavors of malt, oak and a touch of iodine from the peat.

Conclusion: The malt madness that has overtaken many Scotch drinkers has caused them to overlook great blends like J&B and should definitely be given another chance. J&B Rare Blended Scotch Whisky is a great value blend that is a little too sharp to drink neat but works great on the rocks, or in a highball. Check this out of you are looking for a good blended Scotch with a bit more smoke and malt character then Johnnie Walker Red Label.