Review: Shots of Knowledge The Science of Whiskey 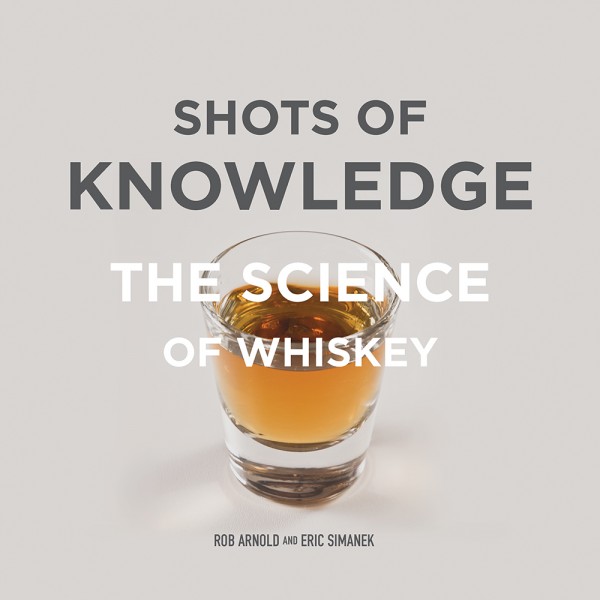 Rob Arnold and Eric Simanek are the authors of Shots of Knowledge: The Science of Whiskey. Arnold was born in Louisville and is the third generation of his family to be in the whiskey business. He is the head distiller at Firestone & Robertson Distilling Company and a Ph.D. candidate in plant breeding at Texas A&M University. Simanek is the Robert E. Welch Professor of Chemistry, Chair of the Department of Chemistry and Biochemistry at Texas Christian University and the director of the TCU IdeaFactory. Arnold and Simanek divided 58 essays on the science of whiskey into three parts: “From Sunshine to Sugar” describes how water, light and CO2 combine to form the essential structures of various cereal grains. Part 2, “From Wee Beasties to White Dogs,” covers the science of yeast, mashing, fermentation and distillation. And lastly, “From Barrel to Brain” follows the whiskey through maturation to ingestion.

Shots of Knowledge is an excellent coffee-table book for your home or a distillery tasting room. Each of the 58 essays is one page with an accompanying photograph or illustration. In the margins, Arnold and Simanek also include short snippets of information that build on the central theme of each essay. Both authors have significant scientific training to write authoritatively about the chemical and biological processes that convert grain, yeast and water into whiskey. While the essays are very specific about the science involved, they are short enough to not overwhelm. Shots of Knowledge makes a great coffee-table book since each essay stands alone and the illustrations are engaging. Arnold and Simanek have produced a book that will interest both consumers and distillers who want to better understand the science of whiskey.