Review: The Soul of Brasil 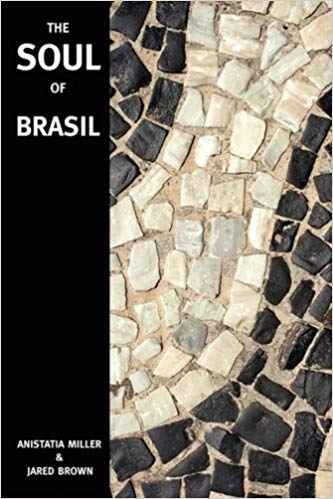 Since 1992, Anistatia Miller and Jared Brown have been writing, speaking and teaching about the history of cocktails and spirits. Together they have written more than a dozen books on Champagne, vermouth, cocktails, and spirits as well as articles for Imbibe, Wine Spectator, and the Financial Times. In 2009, Brown became the head distiller at Sipsmith in London and he has helped to develop spirits in Sweden, Norway, Vietnam and the US.

In 2008, Miller and Brown wrote The Soul of Brasil, which is a short history of distillation, of Brazil, and the important cultural role cachaça plays in that country. While the book seems to have been sponsored by the cachaça distillery Sagatiba, it is very well written, and serves as a good introduction to the world's ninth largest spirits category. The book is broken down into two parts; part one traces the history of beverage alcohol since 7000 BC, European conquest of the New World, the creation of cachaça, its decline in popularity and its resurgence. In part two, Miller and Brown describe what makes cachaça unique, how it is made, its categories and flavors, as well as popular food and drink combinations.

Despite the fact that Brazil only exports about 1% of the 1.5 billion liters of cachaça sold each year, the story of cachaça is interesting for other small distillers. Though approximately one-third of the cachaça market is controlled by one brand, more than 30,000 cachaça distillers exist in Brazil. These local micro-distillers are able to remain relevant by fully embracing the local music, dance, food, and drinks of their region. By becoming enmeshed in the community, their community has a reason to buy their spirit over the national brands.