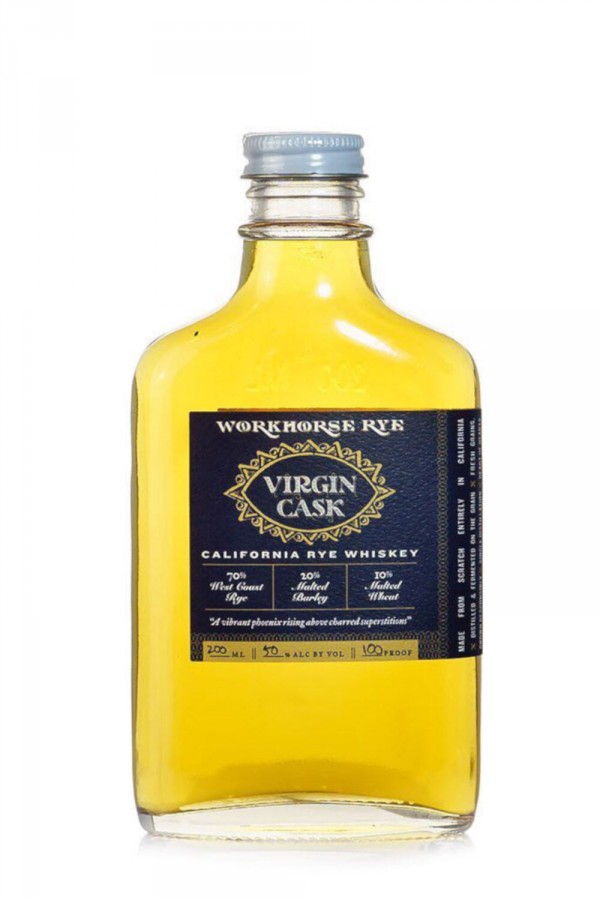 In 2011, Rob Easter founded Workhouse Rye to be a “progressive and sustainable” producer of whiskey and bitters. For the past eight years Easter has operated as an itinerant distiller, renting still time and space from distilleries to ferment, distill, and mature his whiskeys. From 2012-2014, Easter was able to refined his distilling chops at Kings County Distillery in Brooklyn, New York helping to develop their award winning Peated Bourbon. Since 2014, Easter has focused on sourcing most of his grains direct from farmers who are growing non-irrigated heirloom varieties of rye, wheat, corn and barley. Hybridized and GMO grains have been designed to maximize starch production and respond positively to modern farming techniques, (irrigation, fertilizers and pesticides), the consequence however is that these plants has lost a multitude of other compounds that added flavor and depth of character when made into bread or distilled into whiskey. For Easter, he has to use more than 1000 pounds of grain to make one barrel of whiskey, but he believes that despite the lower yield, these grains result in a better spirit that is also less taxing on the environment.

Each expression of Workhorse begins with the same mash bill of 70% west coast rye, 20% malted barley, and 10% malted wheat. The mash is fermented, pot distilled, and then filled in a variety of barrels. As the name infers, Workhorse Rye’s Virgin Cask is a Rye Whiskey as defined by the US Government because of its mash bill (min 51% Rye) how its distilled (below 80% ABV), and how it is matured (barreled below 62.5% ABV in charred new oak barrels). For this expression of Virgin Cask, it was matured for one year, and bottled at 50% ABV.

Nose: First thing you notice on the nose is a grainy sweetness that is both floral and fruity with notes of green apple, nectarine and dark chocolate cherries, under girded by soft aromas of toasted oak.

Palate: At 50% ABV the palate is pleasantly smooth and full bodied. The flavor is strong with grain and wood notes up front followed with lighter flavors of nectarine and grape skins. The palate also has a soft spice character mixed with the flavor of homemade marshmallows without the intense sweetness.

Finish: On the finish the whiskey blossoms and then gently fades with light notes of white grape juice and raspberries.

Conclusion: Workhorse Virgin Cask is a beautiful example of heirloom rye grown, distilled and matured in California. In the shadow of Mt. Diablo, this whiskey soaked in the soft cool marine air and captures a beautiful snapshot of the terrior of California. It has elements that will please both fans of traditional rye whiskey and those who love the restrained and elegant California wines.