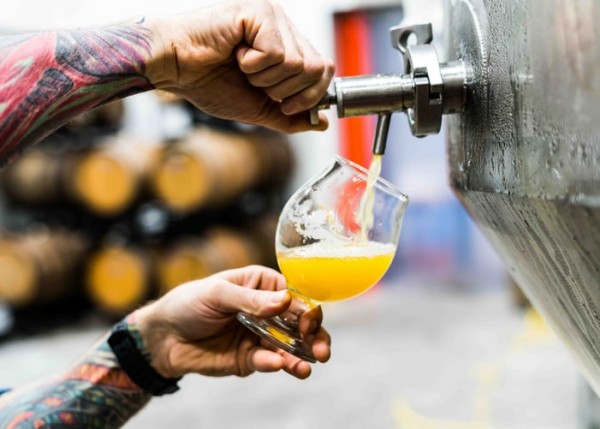 Seether, the rock band known for smash hits like Broken and Fake It, will be taking the stage alongside Lynyrd Skynyrd, Def Leppard and Guns 'N' Roses as apart of the inaugural Exit 111 music festival outside of Nashville on the weekend of October 11. Alain's Ardent Ale will launch exclusively at the festival, so concert-goers will have the first taste of Morgan's fruity, crisp, light amber ale.

The beer was created in honor of Morgan's brother, Eugene Welgemoed, who died of suicide in 2007. The tragedy led Morgan to create the Rise Above movement, which educates rock fans about suicide prevention and recovery, both through its presence at music festivals and its charity work with SAVE, a leading suicide awareness organization. A portion of all Alain's Ardent Ale beer sales at the festival will be donated back to SAVE.

Of the beer, Morgan said he is glad to give people a "tangible way" to get involved with Rise Above and to open the door for more honest conversations around suicide prevention. Morgan and Fat Bottom plan to roll out a regional retail expansion of the beer in 2020, which will help raise even more awareness for Rise Above and thus leading to more financial support for SAVE.

"We hope you enjoy the beer," said a rep from Fat Bottom. "But the most important thing is the message it carries with each sip." 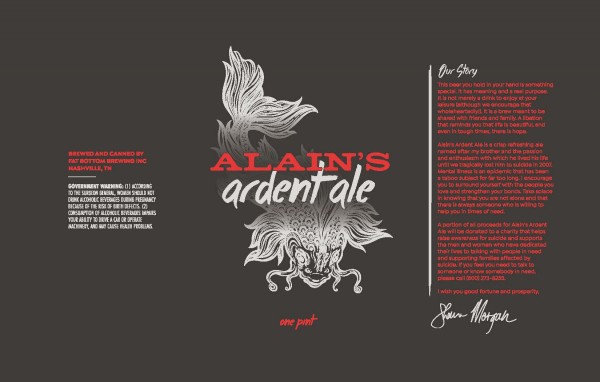 Aroma: Fruity with notes of apple and grape

Flavor: sweet, with a touch of spice and hops