Shawn McClain Strikes At the Stomach With Libertine Social 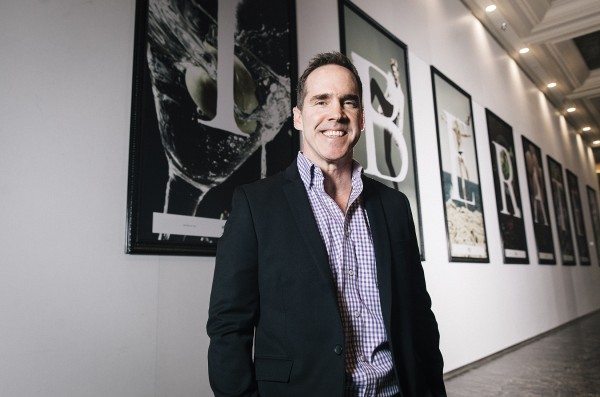 If Shawn McClain is trying to build a Las Vegas empire, he’s going about it in all the right ways, striking right at the hearts (and stomachs) of locals and tourists with things we love most: contemporary American fine dining at Sage; East Coast-style pies cooked in a wood-burning oven at Five50 Pizza Bar, both in Aria; and in late summer, he’ll add Libertine Social at Mandalay Bay.

How will opening Libertine Social be satisfying for you personally?

I’ve always been one who strives to look for new challenges, and am a believer in how things happen organically. This project was a lot of those elements coming together: The timing was right. There was availability for a new concept [in Mandalay Bay], which was really exciting for me to step outside of Aria and create a new vibe, a new dynamic, start to finish. That creative spirit lies at the base of it.

You’ve described Libertine Social as being “provocative.” What does that mean to you?

We want to be progressive and different. Provocative means maybe a few unexpected things that can come up within your experience. This can be within a food, it can be a flavor, it could be a taste, the way a drink is crafted or presented. It could be a cool song that you’ve never heard before or artwork that hangs on the walls that is really provoking in thought and conversation. 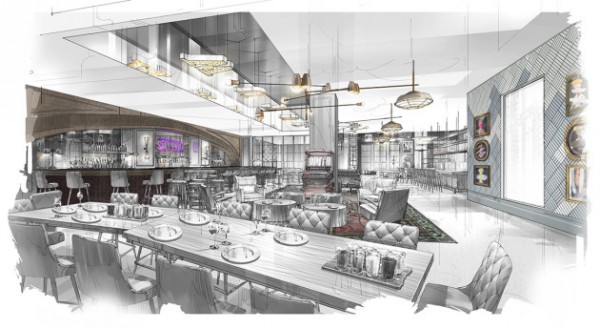 A rendering of Libertine Social.

What was your starting point, culinarily, for this restaurant?

Menus need to fulfill a broad scope. You’re out with six friends and, depending on what you’re doing, you may not all want dinner, or you may not want just a regular cocktail lounge. What’s in between? You’re going to need food that can satisfy many different tastes. [So]: shareable plates, toasts and dips, a sausage program, flatbreads and all the way up to having a couple of red-meat options. But for me, it begins with some small plates: fresh oysters, Parmesan churros, oxtail crostini, hand-cut steak tartar, a little melted alpine-style farmhouse cheese with warm pretzels.

The approach is always to have a little fun doing inventive takes on recognizable food. As with Sage and Five50, it’s about the ingredients, it’s about really good technique and nailing down flavors.

Other than MGM Resorts, your partner in this concept is Las Vegas mixologist Tony Abou-Ganim, who will craft the cocktail program. Will Scratch—the bar within a bar—be his personal domain?

Yes, that’s Tony’s domain. It’s a small, eight-seat bar. Depending on the energy of the room, it can be opened up or partially closed off. How about having a private event with your own bar and maybe even having Tony as your bartender?

How did your friendship turn into a business partnership?

Tony and I became really good friends after filming Iron Chef. We’re really kindred spirits, and we’ve always stayed in touch. [When] I started this project over a year ago, it became apparent that it would need a strong beverage element, and that’s when I gave Tony a call to see if he would want to be a part of it. He’s got a magnetic personality and we really fit well together. We were both ultimately hoping that someday we could come together.

The post Shawn McClain Strikes At the Stomach With Libertine Social appeared first on Vegas Seven.