The Secrets of Serving Craft Cocktails at Large Festivals 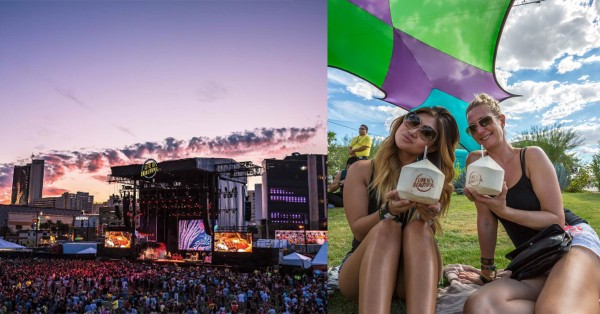 When Drew Levinson left Atlantic City’s Borgata resort to take over the beverage program at Bellagio in 2004, he probably wouldn’t have imagined that nearly a decade later he’d be driving a golf cart around Downtown Las Vegas during 2013’s inaugural Life Is Beautiful festival. But Levinson, now the vice president of business development for Breakthru Beverage Group (formerly Wirtz Beverage), has played an integral role in the festival, shaping and reshaping the beverage program, since its inception.

So, what does it take to batch and serve close to 100,000 drinks? Levinson and his playfully titled Breakthru Wrecking Crew will find out in late September when they parlay all the lessons they’ve learned during Life Is Beautiful’s first three years.

Looking back, Life Is Beautiful’s first year was a crapshoot, beverage-wise. “It was an idea exploding into life and us just trying to hang on for the ride,” Levinson says. "From my standpoint, it was about making sure that there were cool things [to experience], that we had products there, and people got something to drink and had a good time. It was a very simple strategy: Just make the thing work and show that this is a unique opportunity and festival. From that, create something that will hopefully grow in the future.”

And grow it did, clearing a path for innovation in terms of what Levinson could do to push the boundaries of large-scale festival concessions. “We came up with tons of new ideas and threw everything at the wall,” he says. “Some of them stuck and some of them worked. Some of them almost killed us.” You might recall the craft beer garden and the dispersal of liquor brands throughout the festival at half a dozen satellite locations. The second year also marked the birth of Batch World—the batched cocktail commissary—and outside support teams were brought in to help facilitate the ambitious program.

By Year Three, Levinson and his crew focused on refinement and superior execution. Wine was sold near food stands that would pair well with the food. Beers were hand-selected. “We were much more organized and strategic about how things were laid out,” Levinson says. Those strategies included the Dos Equis backpack guys, Coco Tap’d real coconuts and widespread frozen drinks to beat the heat.

Levinson estimates a 20 to 25 percent increase in volume from last year, with Batch World planning to pour nearly 100,000 craft cocktails, with a focus this year on delivery methods and “just in time” service.

Already signed on to join the Breakthru team for 2016 are New York-based beverage professionals Leo Degroff, Andy Seymour and Lulu Martinez. As to which specific brands will be a part of Life Is Beautiful, all are still deep in the negotiations phase. But, Levinson assures, it will be a mix of established and burgeoning labels that he hopes attendees will discover on the festival grounds.

“One of the most exciting parts of Life Is Beautiful is that it’s very experiential,” he says. “You turn a corner and something new catches your eye.”

The post Soaring to a New Level of Beverage Programming appeared first on Vegas Seven.