How to Properly Tailgate With Winc's Canned Rosé, Ruza

Contributed by Spoon University on Sep 19, 2018

The year's now 2018, and the popularity of canned wine has been on the rise all year long without most of us realizing such. Most of us don't care to know anything in regards to such besides the fact that it's basically wine in a can, but that doesn't mean that we should believe that all canned wine is equal... and Ruza's here to prove that. 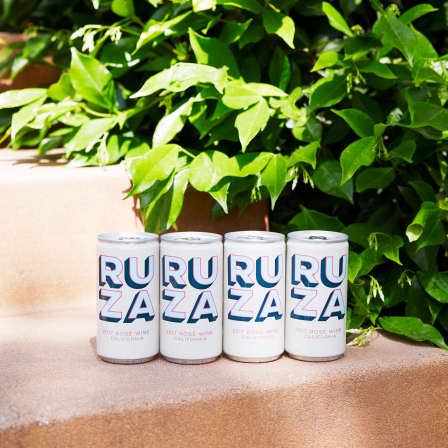 Ruza is a canned dry rosé with an alcohol content of 12.5% that uses Lodi grapes that were picked out early, taken directly to the press and then saw a short amount of actual skin contact, which results in Ruza having a nice pale-pink color to it. When drinking Ruza, you'll be able to taste notes of raspberry, watermelon, and lime zest. Ruza sells for $16 online for a four pack and pairs well with burgers, pizza, fries, and barbecue. Each can is 187ml in size, which equates to a fourth of a bottle of wine, making it the perfect size to throw in your bag for a tailgate... or for a casual crying session in the bathroom. Whatever the case may be, Ruza will always be around for you... especially when you share pics of it on social media using their hashtag, #RuzaRightNow.