This Booze Is Made For Mixing: Spirits To Up Your Home Bartending Game 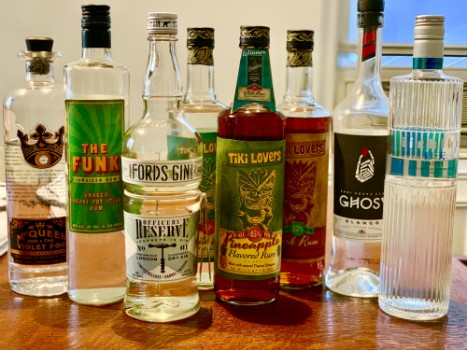 Much as I enjoy sipping spirits in a glass, unadulterated, I make my fair share of cocktails at home. I'm pretty damn good at it too — my wife says I've ruined her for most of the bars we go to because she likes my drinks better. I'm not bragging, I'm just... well, I AM bragging, truth be told.

A large part of my mixological skill comes from using quality booze in my cocktails. And when it comes to mixing, "quality" doesn't equal "expensive." The best mixing spirits are surprisingly affordable, and they make killer cocktails in the bargain. They're not necessarily the kind of thing you're going to sip out of a Glencairn glass while contemplating the mysteries of life, but if you're looking to up your daiquiri or G&T game, you can't go wrong with 'em. 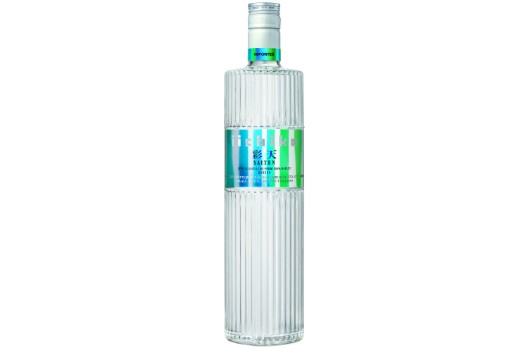 IICHIKO SAITEN SHOCHU (43% ABV, $30). "Dude," I hear some of you saying, "I love shochu. I have it with Korean fried chicken and it gets me messed up." Well, not exactly. That's soju, which, although it's sort of in the same ballpark as shochu, is really not the same thing at all. And shochu isn't Korean, it's Japanese. In fact, it's the most popular alcoholic spirit in Japan, outselling even sake, but it's not very well known in the rest of the world. Shochu is fermented using koji mold, same as sake. But sake is brewed like a beer, while shochu is a distilled spirit. It can be distilled from many different grains and starches, including sweet potato and rice, but the most popular shochu (including this one) is made from malted barley. The most hifalutin expressions (including Saiten) are distilled a single time, so they retain a lot of malt and umami flavor — slightly reminiscent of its distant Dutch cousin, genever.

Most shochus are bottled at about 25% ABV, making them a nice low-proof sipping or cocktail option, but they can be legally bottled up to 45%, which gives them a lot more flavor and mixability. Saiten, made by Japan's top shochu producer, Iichiko, hits the scales at 43% (86 proof), and it packs a huge umami punch that can be either off-putting or irresistible, depending on your tastes. I'm in the "irresistible" camp. This versatile spirit works in a host of classic cocktails, from shochutinis to shochu & tonics to shochuritas. My favorite use for Saiten is to switch it out for rum in a basic daiquiri (2 oz. shochu, 1 oz. fresh squeezed lime juice, 1/2 oz sugar). Play around with it and discover your own favorite. 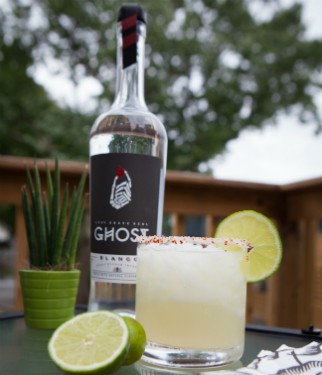 GHOST TEQUILA (40% ABV, $30). I am not, I must confess, a huge tequila drinker, though I appreciate the good stuff. And I tend to avoid about 99% of all flavored spirits at all costs. So it's with shock and humility that I report to you on this delicious flavored tequila. Simply put, it's blanco tequila flavored with ghost pepper extract. Is this artisanally crafted tequila? I doubt it. From where were the ghost peppers sourced? Not sure. Does it make an amazing spicy margarita or paloma? You bet it does. By employing the ghost pepper extract instead of the actual peppers, the heat is retained without potentially off-putting red pepper notes creeping in as well. It's a clean heat that mixes brilliantly., and there's nothing wrong with that. 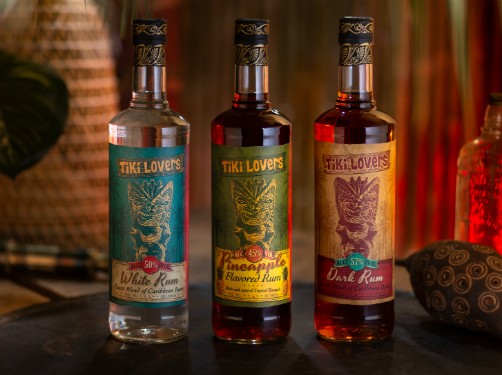 THE BITTER TRUTH TIKI LOVERS RUMS (White, 50% ABV, Dark, 57% ABV; Pineapple, 45% ABV; all $30). The Bitter Truth has made its reputation on its line of brilliant bitters and liqueurs. But over the years they've sourced some top-notch spirits as well (a bottle of the 24-year-old rye they released a decade or so ago is worth a small fortune today). Founders Stephan Berg and Alexander Hauck also happen to be tiki buffs, as evidenced by their excellent falernum and pimento dram (aka allspice), two essential tiki liqueurs. These cocktail-friendly rums have been available in their native Europe for a few years now, but they're just now making their way across the pond. And not a moment too soon! While sipping rums are ascendant in the booze world right now, it's never a bad thing to have affordable and well-made mixing rums available.

Blending rums from Jamaica, Trinidad and Guyana, all three expressions have a nice mix of funky, fruity and sweet notes. Their high strength ensures they don't get lost even in the most convoluted tiki-tails. They all have their selling points individually, but my favorite way to use them (so far, at least; I still have some experimenting to do) is to use all three in equal parts in a mai tai. The light rum contributes the funk and spice, the dark adds depth, and the pineapple adds rich, fragrant notes of, well, caramelized pineapple. My only problem is that I'm using them too fast — I'll be looking at a trio of empties far sooner than I'd bargained for. 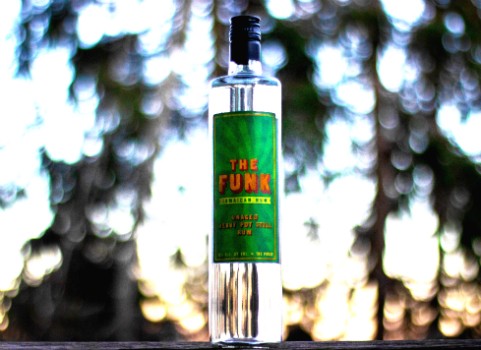 THE FUNK JAMAICAN POT STILL RUM (50% ABV, $28). Jamaican pot still rum is to your standard column still rum (think Bacardi) as peated Islay malts are to, say, Johnnie Walker Red. But where an Islay whisky is redolent of peat and smoke, a good Jamaican pot still rum has funk, or "hogo," as it's known in Jamaica. It's hard to accurately describe hogo without making it sound disgusting — a friend of mine called it "green peppers and gasoline." I wouldn't go that far, but it's definitely vegetal and earthy, with a distinct minerality. As with Islay malts, funky pot still rums can be a love-or-hate proposition. I love them. And I adore the aptly named The Funk. I wouldn't necessarily recommend drinking it on its own, but as a mixer, it can rescue an overly sweet tiki cocktail and magically add layers of complexity. And in a well-made drink, whether it's simple as a daiquiri or complex as a Zombie, the results are magical. Unlike many column still rums, which are light and clean, The Funk will stand up to any mixer and make its presence felt. 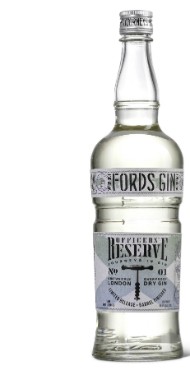 FORDS GIN OFFICER'S RESERVE (54.5% ABV, $35). I love the idea of overproof or "navy strength" gin, but since my gin delivery system of choice is martinis, I rarely drink it — an overproof 'tini is a surefire ticket to an early night or a non-functional afternoon. But this limited edition experimental offshoot of a gin that was already delicious to start with was too intriguing to ignore. It's your standard Fords recipe, juniper-forward with coriander and a solid citrus backbone, but finished in ex-sherry casks and bottled at a higher proof. It's only rested in sherry casks for three weeks, but it makes a world of difference, adding dryness, a bit more spice, darker-hued citrus notes, and a hint of smoke that comes through even in cocktails.

Forced to escape my martini comfort zone, I tried it in other drinks, and I can attest that it makes a very fine gin & tonic and gimlet (let me get on my soapbox for a second to rant that the gimlet is perhaps the only cocktail that should NOT have lime juice that's fresh-squeezed; it's actually proper to use Rose's bottled and sweetened lime juice. But I digress). But my favorite use for Officer's Reserve is in the aptly named Army & Navy, an easy-to-make concoction featuring orgeat, lemon juice, and Angostura bitters. You can find the recipe at the Ford's website. It's the perfect combo of sweet and tart, with the spice and smoke from Officer's Reserve standing out and blending in simultaneously. This is said to be the first of Ford's "journeys in gin." I'm booking my ticket now for the next one. 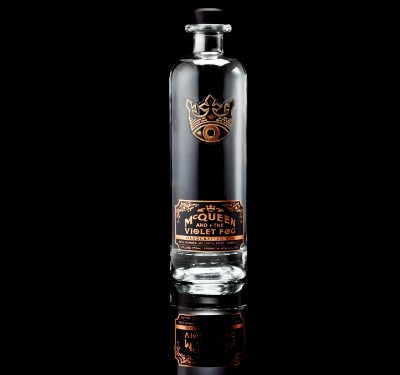 McQUEEN AND THE VIOLET FOG GIN (40% ABV, $35). "When your gin has a name like McQueen And The Violet Fog," a wise friend said, "that means there was another name that someone liked even less." The brand's story is slightly...unconventional as well. Distilled in small batches in Brazil (!) using a neutral sugarcane spirit, M & VF contains 21 botanicals, 15 of which are macerated into the spirit, followed by six more esoteric selections which are vapor-infused. These include calamansi, rosemary, and Brazilian acai. The one that stands out most to me is Vietnamese star anise, which gives the final product a distinct licorice note along with the juniper and herbaceous flavors. The lush, smooth mouthfeel may be from the sugarcane spirit, although a little glycerin added after the fact can also produce the same effect. Regardless, the result is a hell of a martini — soft and smooth but complex and never boring. If you like Plymouth or Greenhook Ginsmiths, two of my other favorite martini gins, this is well worth a try. Ask for it by name, if you dare.