Three Things We Learned from The CLASS Bar Awards 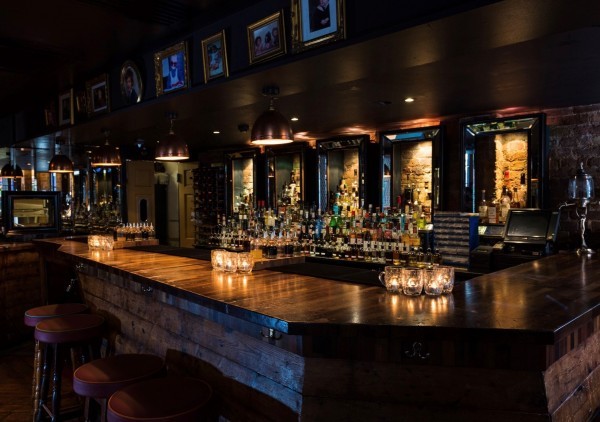 Three was the magic number at the CLASS Bar Awards, the annual celebration of the great and good of the UK bar scene. With tria- obsessives Noel and Max Venning winning a trio of awards for Best Bar (Three Sheets), Best New Bar (Bar Three) and Best Bartender (Max Venning) we thought we’d join in on the act, so here are three other things we learned from the show:

1. Everyone must visit the Dukes Martini trolley

The largest cheer of the night was reserved for industry legend Alessandro Palazzi who won the Lifetime Achievement Award. Palazzi has been responsible for guiding the famous rosewood trolley around the floor of Dukes Bar since 2007, crafting, table-side, “the best Martini in London” for the film stars, writers and connoisseurs who pass through the famous hotel bar.To indulge in one is truly a rite of passage.

2. The future is in safe hands

With a number of awards won by young up and coming stars of the trade, there is no need to worry about the decline of the industry any time soon.Emerging Bartender of the Year, Amber Blood, might not be old enough to remember Braveheart winning Best Picture at the 1996 Oscars, but she already has a CV that boasts several of London’s top bars, and is clearly on her way to do great things.With upcoming bar stars Coral Anderson of Swift in London (Front of House Star) and Erin Davies from Nocturnal Animals in Birmingham (Back Bar Star of the Year) also going home with trophies, it seems that the kids are doing alright.

3. Dandelyan is going out on a high

Of course it wouldn’t be an award show without Dandelyan picking up a trophy.The triple CLASS Award winner of 2017 and 2018 had to make do with just the one this year (Drinks Menu of the Year) to sit alongside the World’s Best Cocktail Menu (Spirited Awards 2018) and 50 Best Bars #1 (50 Best Bars 2018) etc etc on its crowded trophy shelf for the few remaining weeks before it is reborn as Lyaness.Not a bad way to say goodbye!

Congratulations to all the winners!