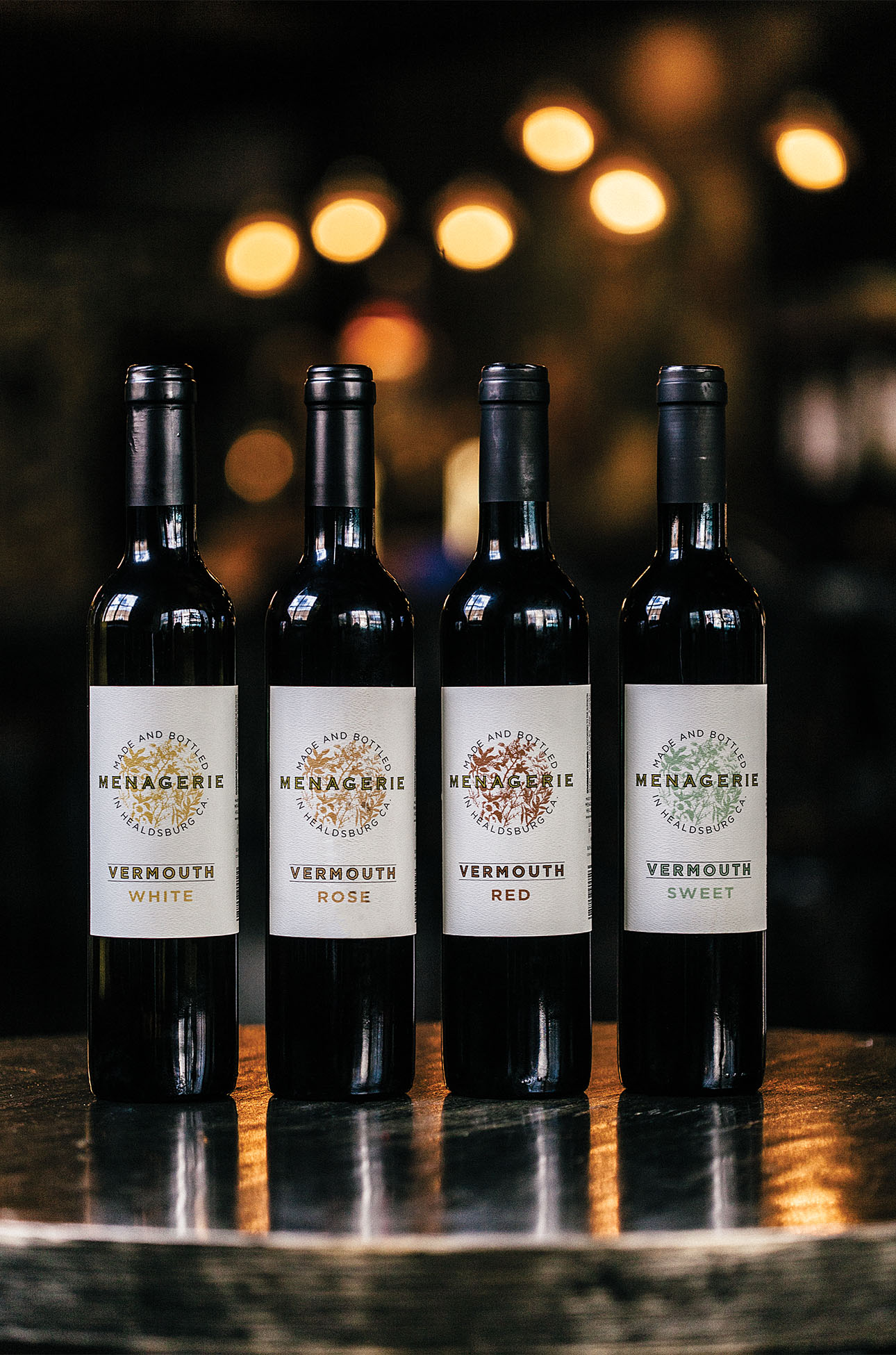 Vin Sauvage portfolio ambassador Tony DeMaria is all suits, all week, educating bartenders and consumers about spirits including High West whiskeys and Alipus Mezcal. But when he visits his hometown of Healdsburg, California, DeMaria rolls his sleeves up and—like any red-blooded American male of 35—makes fortified wine. Menagerie (MenagerieWine.com) is a line of four vermouths, made with local botanicals at Hawley Wines in Sonoma’s Dry Creek appellation. DeMaria’s partner in this venture is his school chum Paul Hawley, now general manager at his family’s winery.

“We’ve wanted to make spirits together for 10 years,” DeMaria says. The pair began working on Menagerie in earnest two years ago. The first run of 232 cases of 500-milliliter bottles are currently available in the winery tasting room for $22 and at DeMaria’s private tastings and pop-up events. “Playing with a wine that is ready to drink and good on its own, then adding the other flavors is my homage to the mixology world,” DeMaria says. “Every single herb and botanical was specifically chosen to enhance that particular wine, so each recipe is different.”

Menagerie vermouths come in right at 20 percent alcohol by volume, and bring nuance to recipes without much added sweetness; instead of sugar, DeMaria and Hawley use muscat concentrate for a sweet that makes sense in a wine context. “As a modifier, we’re trying to keep it as bright as possible,” DeMaria says. “We’re homing in on a specific area, showcasing the land and soil, the botanicals from the area and then adding our own creative expression.”

The impossibly juicy Red Vermouth is based on 100 percent Russian River zinfandel layered with fennel, gentian and angelica root, eucalyptus and rose hips. “Russian River zin tends to be big fruit bombs because of the clay and low elevations,” DeMaria says. “During fermentation, you either play with that or struggle with it.” Menagerie fully embraces the fruit for the red as well as for the Sweet Vermouth of late-harvest Dry Creek cabernet franc with sarsaparilla, clove, gentian and fresh fennel.

As summer’s heat persists in Las Vegas and California, chilled vermouth on its own makes for a refreshing low-alcohol alternative to substantial drinks. But moving into fall and winter cocktail season, vermouth will find its home in many boozy recipes. “I’ve always enjoyed the simpler cocktails—the three-step, spirit-forward cocktails,” DeMaria says. “That style has always been my go-to—Boulevardiers, Manhattans, Negronis and smoky Negronis with mezcal. They’re coming back, but for the longest time, sours, smashes and too many steps were taking over the cocktail world and I really just wanted to bring it back home. If you have good ingredients, you don’t have to add much.” 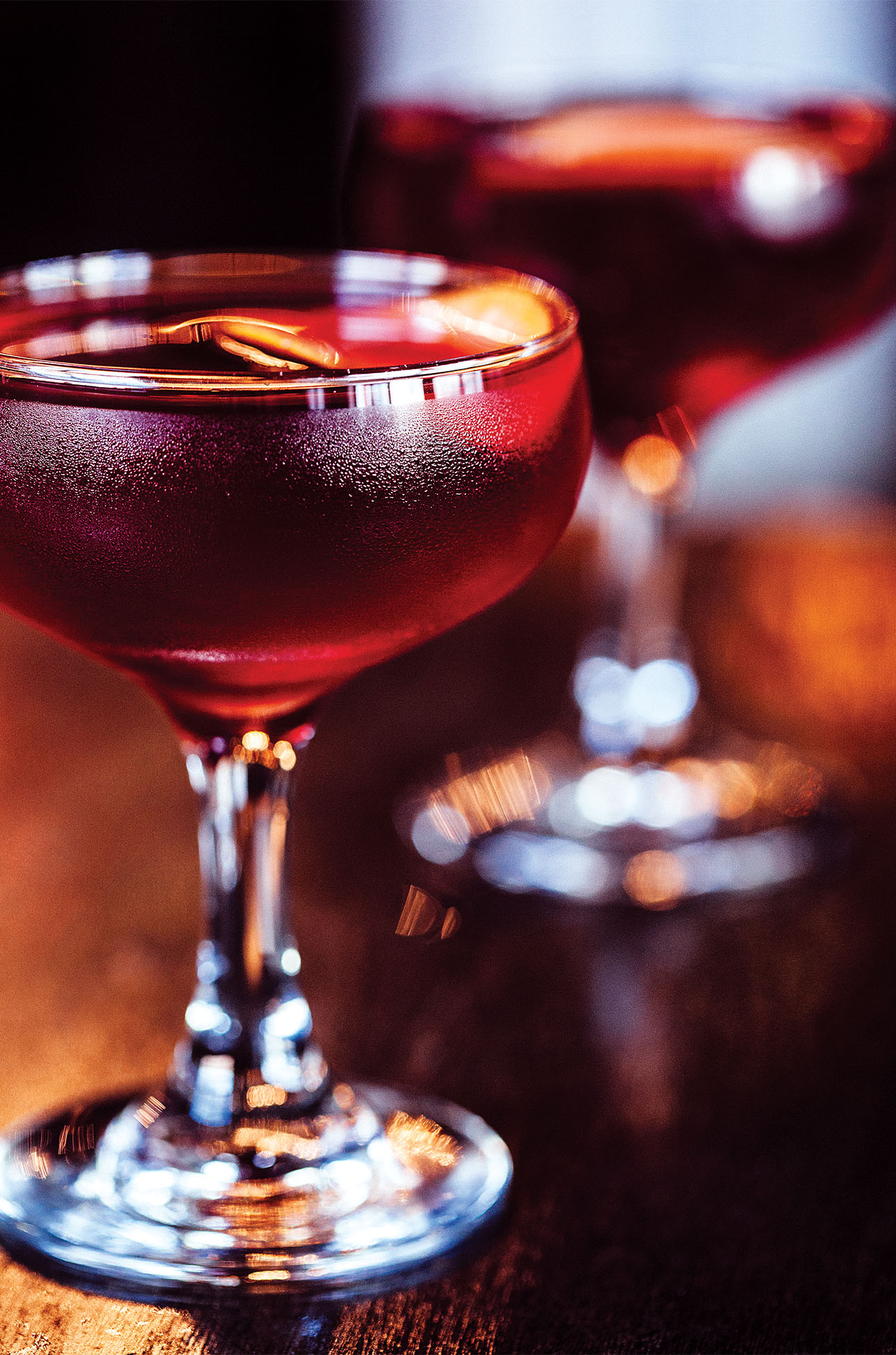