Uncle Nearest: A wonderful whiskey from a distilling legend 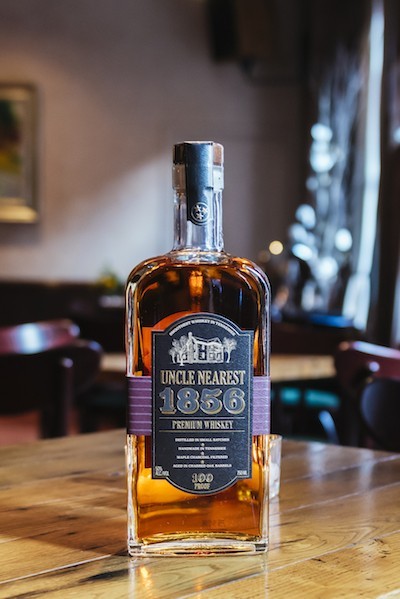 Truth, like the first sip of a splendidly aged whiskey, can be a powerful thing. Sometimes, though, it takes awhile to get there.

Uncle Nearest is a whiskey legend. We know that now.

The whiskey of that name, Uncle Nearest 1856 Premium Whiskey, is made in Tennessee and is a wonderful example of whiskey made with the Lincoln County Process, a sugar maple charcoal filtering method required to be considered Tennessee Whiskey, named after the county in which Nearest lived and made whiskey.

This 100-proof whiskey is rich in caramel and oak, a sweet start — hints of maple — that continue through the finish.

But back to the story, which is so eloquently told in a video — “The Story of Nearest Green” — narrated by Emmy-winning actor Jeffrey Wright — from the home featured on the Uncle Nearest bottle.

“Many don’t know the home on our bottle is a real place,” Fawn Weaver, co-founder and CEO of Uncle Nearest Inc., says in a news release.

“That home sits on a farm, in the hills above Lynchburg, Tennessee, and looks today just as it did when Nearest Green distilled his premium whiskey on the property more than 160 years ago.”

The video itself is expansive and beautiful, yet humble and quietly resonant.

The story, though, is the thing.

Nathan “Nearest” Green, known by those in his hometown as Uncle Nearest, was the first African- American master distiller on record in the United States, the release says. He was also the first head stiller, now commonly referred to as master distiller, for Jack Daniel Distillery. He is now recognized by the distillery as having taught a young Jack Daniel how to make Tennessee Whiskey.

Daniel, then, was a kid. Green, though, was already a whiskey legend.

I always prefer my whiskey straight, but if lean toward cocktails, where are a few suggestions:

Created by the master mixologists at Bull in China (Portland)

Pinch of salt Method: Combine all ingredients into a mixing glass with ice. Stir to chill, then strain into a rocks glass over a large icecube. Garnish with an orange peel.

Created by California mixologist, May Lee

Combine Uncle Nearest 1856, maple syrup and black walnut bitters in a glass with ice and stir. Strain into an Old Fashioned glass over a large icecube. Shave fresh cinnamon over the top, and garnish with a flamed orange peel.

The Horse That Kicked Back

In a pewter Julep cup, muddle mint leaves with jalapeño simple syrup. Half fill the cup with crushed ice and add Uncle Nearest Premium Whiskey. Stir the cocktail until the ice begins to dilute. Add more crushed ie until the cup is heaping. Garnish with a mint sprig and two slices of jalapeño.