Glenmorangie Rolls Out Latest Beyond the Cask Partnership 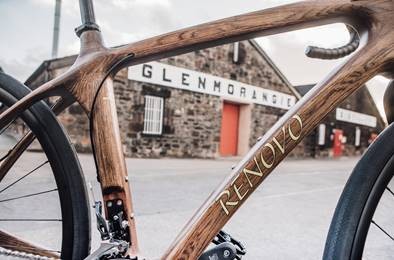 Quality wood is essential in making good scotch -- just ask Glenmorangie Single Malt Scotch Whisky. In celebration of the wood which shapes their signature single malt, The Original, the Glenmorangie has formed a collaboration with bicycle company Renovo to create the world’s first bicycles made from the whisky’s casks.

For the creation of the Glenmorangie Original bicycles, the scotch maker shipped the used cask staves to Renovo’s workshop in Portland. There the staves were kiln dried to ensure their suitability and the charred surfaces were smoothed away, before they were handcrafted into hollow frames – each taking more than 20 hours to create. The frames, which vary in size to accommodate different riders, incorporate the American oak of Glenmorangie’s staves, alongside a small portion of darker sapele wood. In the final stages of production, these 18-pound bicycles are given a durable coating, decorated with Glenmorangie’s Signet icon and individually numbered. 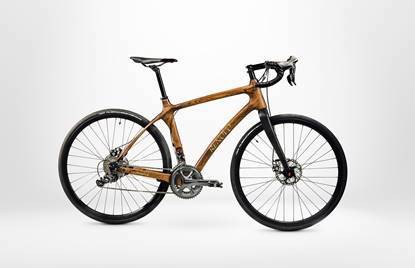 “Glenmorangie is renowned for using the finest casks just twice, to create the Original – a whisky that beautifully balances hints of ripening peaches and citrus fruits with creamy, vanilla notes, to delight malt connoisseurs and amateurs alike,” says Dr. Bill Lumsden, Glenmorangie’s Director of Distilling & Whisky Creation, via a statement. “This collaboration with Renovo, which conducts a detailed scientific analysis of wood quality as we do at Glenmorangie, brings new life to the casks that inspire our whisky. Each one of these limited-edition bicycles is a fitting celebration of our expertise in wood and shared passion for creativity.”

Glenmorangie’s collaboration with Renovo is the second partnership in the distillery’s Beyond the Cask series, which celebrates the casks in which Glenmorangie Original is matured, by repurposing their staves in innovative ways. In 2016, Glenmorangie created an exquisite limited edition of the world’s first Scotch whisky sunglasses, with renowned British eyewear designer Finlay & Co.

The Glenmorangie Original bicycles ($6,950 each) are available online now.