We Found The Black Sheep Of Chicago

Contributed by Drinking In America on Sep 06, 2017

Remember that awful time in history called The Prohibition? That time when people couldn’t drink in America (pun intended)? Well, unlike most of the US who got back on the horse after 13 years, Chicago took a while to recover from it. Almost 100 years to recover, to be exact.

Who came to Chicago’s rescue, you may ask? Robert and Sonat Birnecker.

Not only did they bring spirits back to the Windy City; they brought organic spirits made from scratch, avoiding the common industry practice of purchasing and bottling premade spirits. And in return, they changed the way people understand whiskey by creating a new, signature style – using only the “heart” cut of the distillate – affording a brighter, cleaner take on whiskey. (Source)

We won’t keep you in suspense any longer. The Chicago based Koval Distillery, established in 2008, produces organic whiskey, liqueurs and specialty spirits. 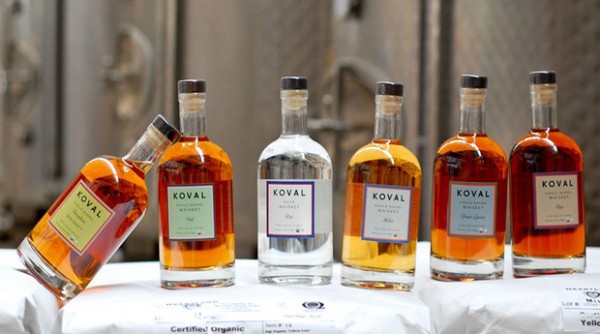 And we have an extra nugget of information for you. The name “koval” means “black sheep” in Yiddish, an appropriate nod to the unique distillery.

We respect how this distillery uses its differences to definite itself. So we decided to share some cocktails, created by local bars, which are just as unique as the booze they use.

Don’t be afraid to be the black sheep. Or to drink it.

The post We Found The Black Sheep Of Chicago appeared first on DRINKING IN AMERICA.