Whisk(e)y Of The Week: A Groundbreaking Kentucky Distiller Bids Farewell, Sort Of

It's a strange thing to discuss the importance of a distiller whose whiskey hasn't been tasted by a soul outside the brand for which she works. But this is Pam Heillmann we're talking about, and her importance to Michter's can't be overstated. Michter's, if you don't know, was a Pennsylvania distillery that produced whiskey under several different names from the 1750s into the 1980s, when the building shuttered and the brand was discontinued. It was revived in the '90s (and relocated to Kentucky) by Chatham Imports as a non-distiller producer, meaning they sourced their whiskey rather than distilling it themselves. At some point they began what Chatham president Joseph Magliocco refers to as "cooking in other people's kitchens," which meant other distilleries made the whiskey to Michter's specifications, with the oversight of then-distiller Willie Pratt.

Michter's may not have had a distillery, but its bourbons and ryes always had a distinctively big and robust style, thanks to a team that knew what flavor profiles it wanted and how to get them, whether by sourcing or distilling-to-order. The brand, however, was still derided in certain purist circles for lacking a distillery of its own. That changed in 2015 with the opening of its Shively distillery, and earlier this year a second distillery, Fort Nelson, was opened in Louisville. But for me, the real indication that Michter's wasn't screwing around was when they hired Heilmann in 2013 as distiller and heir apparent to Pratt. 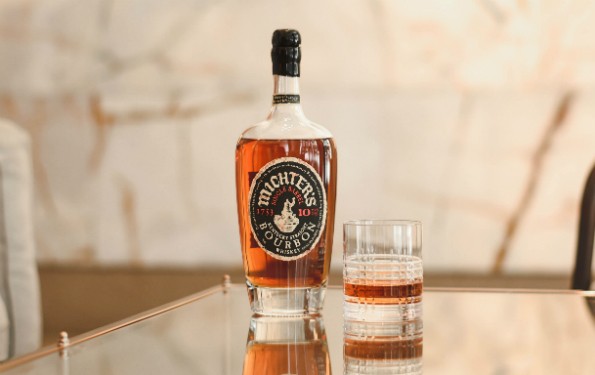 Heilmann came from Jim Beam, where she'd run the Booker Noe Plant, then the biggest whiskey distillery in the world. She wasn't famous in the same the way as bourbon legends like Jimmy Russell or Chris Morris, but she had a great reputation in the industry, and with her elevation to Master Distiller in 2015, she became a trailblazer as well — the first female master distiller for a major Kentucky brand since Prohibition.

Her tenure was shorter than most of us thought it would be. She retired at the end of April, assuming the title of Master Distiller Emerita and passing the reins to her handpicked successor, fellow Beam refugee Dan McKee. The bourbon, rye, and sour mash whiskey she's been distilling at Shively and Fort Nelson still have some aging to do before we get to taste them. >strong cache="color: inherit; font-family: inherit; font-size: inherit;" data-redactor-span="true" data-redactor-style-cache="color: inherit; font-family: inherit; font-size: inherit;">strong cache="color: inherit; font-family: inherit; font-size: inherit;">Michter's 10 Year Single Barrel Bourbon (47.2% ABV, $130), was laid down while Heilmann was still working at Beam. But she oversaw it for years, and along with Michter's Master of Maturation Andrea Wilson, she had the final say over when or whether it was going to be bottled. Michter's isn't known for having a steady and reliable supply of its aged bourbons and ryes — the corporate attitude is, it's ready when it's ready. And this bourbon, the final new Michter's release of Heilmann's tenure, is a great example of her quality control, with brown sugar and vanilla up front morphing into dry oak and spice, with a long, velvety, warming finish. It's a classic Michter's.

This bourbon is, technically, the end of the story of Heilmann's years with the brand. But I'm looking forward to the postscipt, when the barrels of bourbon, rye and sour mash whiskey distilled on her watch finally reach bottle and glass, and the next chapter in Michter's history really begins.