Yes, You Can Pair Spirits With Cheese

Contributed by The Alcohol Professor on Dec 04, 2019 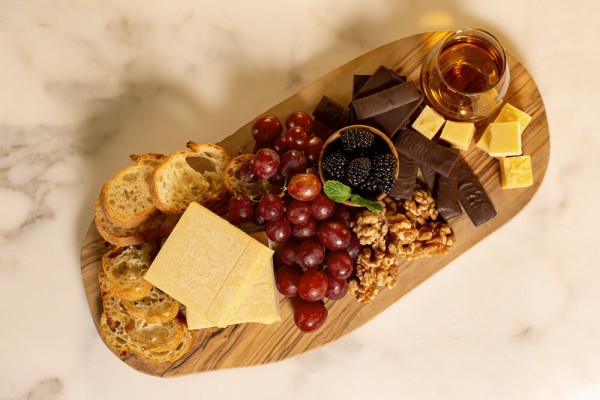 Wine and cheese are one of those culinary duos that seem to be inextricably linked. Although while most people can rattle off the names of a few of their favorite cheeses, not everyone likes wine, or the other classic fermented grape pairing with cheese, cognac (for some reason). But the vino-averse aren’t resigned to nibbling your cheddar or camembert solo—non-grape based spirits such as gin, whisky, rum and even vodka can be a perfect match.

Here are some winning partners:

Hangar 1 Distillery in Alameda, California offers a tasting tour that pairs the craft distillery’s signature, flavored and barrel-aged vodkas as well as their new brandy, Bentwing, with cheeses. “Vodka pairs really well with cheese, [as] the high alcohol content of the spirit can cut through the fattiness of a cheese and coat your palate,” says head distiller Caley Shoemaker. “It’s like a palate cleanser that lets you truly enjoy the flavor of each bite.” She recommends straight vodka with heavier cream cheeses like brie, delicately-flavored vodkas (like Hangar 1 Rosé Vodka) with pungent cheeses and a citrus vodka with strong cheeses like gorgonzola. Shoemaker avoids highly-flavored infused cheeses with heavily-flavored spirits to go with vodka, however. “It’s a lot of strong flavors competing against each other and ultimately you don’t taste anything very distinctly.”

When pairing cheese and spirits, you can lean on a lot of the same strategies you would for wine or beer, says Adam Centamore, a Boston-based wine and cheese educator and author. “Consider the intensity of everything [and] think of the characteristics of what you’re putting together as well.” The botanicals in gin whether a London Dry, or modern style, can make the spirit really shine with the right cheese. Young goat cheese—especially one coated in herbs—can match gin’s herbal qualities, Centamore says. “They are both bright and lively.” Gin can also cut through very pungent cheeses like Stinking Bishop, époisses or limburger. A classic French 75 or reverse gin martini is nice alongside mild soft cheeses like camembert.

All three were winners of double gold and gold medals in the gin category of the 2019 NY International Spirits Competition. 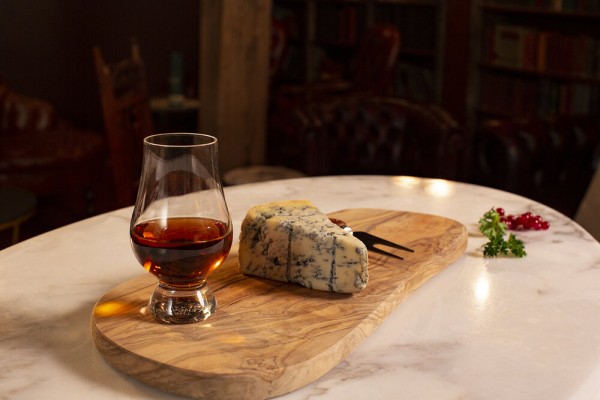 “Scotch is a match made in heaven with cheese,” says Rachel Barrie, master blender for The GlenDronach. This distillery ages its whisky in sherry casks, which Barrie believes add velvety tannins that provide a richer tasting experience when matched with cheese. “If your spirit has a long finish, like a single malt Scotch whisky, make sure the cheese has its own lingering presence on the palate.” GlenDronach is an unpeated Scotch, which Barrie likens to the elegance and richness of a fine wine: think dark fruit, nuttiness and full-body. She recommends their 12 year expression with the buttery sweetness of Dubliner, the 15 year with salty feta and the 18 year with spicy, sharp gorgonzola.

Peated Scotches’ smoky flavors work with triple cream or creamier cheeses like Brillat Savarin to balance the peat and coat the palate, says Charles Duque, North American managing director of the French Cheese Board. “Blues like Bleu d’Auvergne and Fourme d’Ambert are a good match with [their] savory sharpness to handle the intensity of the Scotch.” Barrie believes very peated single malts like BenRiach need to be balanced by a powerful cheese like Roquefort or a smoked gouda. Centamore likes Parmigiano Reggiano or a dense clothbound cheddar with peated Scotch, as both are serious and deeply-flavored. For instance, try Laphroaig Quarter Cask (double gold medal winner, 2019 NYISC) with Jasper Hill Farm Cabot Clothbound Cheddar. “The salty, fruity tones of the cheese bring out the earthy notes of the Scotch.”

For best results, match the flavor and strength of the cheese to that of the whisk(e)y, making sure neither overpower the other, Duque says. Rye’s peppery, spicy bite works with sharper, saltier cheeses like fruity and spicy Mimolette. Lighter-style whiskies go with soft creamy cheeses that have earthy, mushroom-y notes. “A hard-aged cheese like Comte with its nuttiness and salinity can go well with Bourbon that has sweeter notes like honey and vanilla [such as Four Roses Single Barrel].” One particular noteworthy match is Basil Hayden’s Bourbon with Beehive Cheese “Pour Me a Slice,” a sweet and creamy cow’s milk cheese that’s rind-washed with Basil Hayden Bourbon.

● Gooderham & Worts Four Grain Canadian Whisky ($40), rye, wheat, barley and corn are distilled separately and blended together for this earthy and spicy stunner with a classic Toronto heritage. 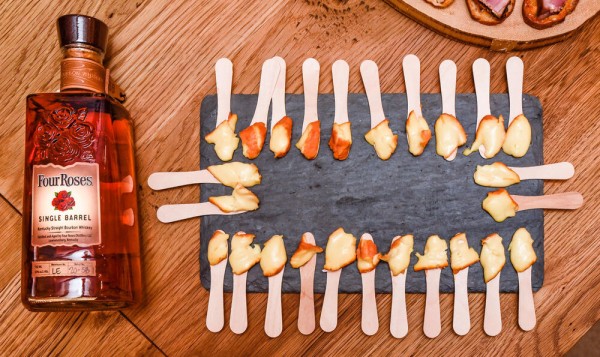 Because of the inherent sweetness and unctuous mouthfeel you can find in gold and aged rums, consider serving them with either a sweeter cheese or one served with sweet condiments like quince paste or dried fruits. “Gold rum and gouda work so well because each has caramelly sweet undertones,” Centamore says. Select cow’s milk cheeses, which tend to be sweeter, rather than pungent, or funky, like goat’s and sheep’s milk often are. Jamaican rum is prized for its funkiness (called “hogo”) that can make it fun to pair with semi-firm goat cheese like Garrotxa from Spain, Drunken Goat or aged goat gouda.

● The Funk Jamaican Rum ($28), a “heavy pot still” spirit that embraces the hogo or funkiness that defines Jamaican rum, sweet with a dry finish and a palate of banana bread and tropical fruit. (silver medal, 2019 NYISC)

● Neptune Rum Barbados Gold ($45), a gold rum distilled in a mix of pot and column stills, aged in Bourbon casks and cold-filtered to be smooth and approachable. (silver, 2019 NYISC)

● Cutwater Spirits Three Sheets Barrel Aged Rum ($35), an aged spirit that spends at least two years in virgin American oak barrels with flavors of toffee and caramel that give way to vanilla and tobacco. (gold, 2019 NYISC)