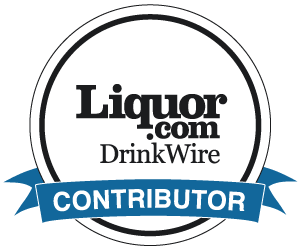 Uncle Nearest: A wonderful whiskey from a distilli... 8 Votes Up!

New Camarena a smoky sipper that's great with a ci... 8 Votes Up!

Haggis, poetry and Scotch: Burns Night is Jan. 25 3 Votes Up!

Cruzan's newest rum, which will benefit storm vict... 2 Votes Up!

Conviction Bourbon ready to break out of Whiskey P... 159 Votes Up!

To friendship: Laphroaig's Cairdeas Fino Cask a mu... 3 Votes Up!

Knob Creek cask-strength rye kicks things up a not... 4 Votes Up!

Lassiter's Rum Au Cafe raises the bar on our favor... 9 Votes Up!

Booker's and Old Overholt add even more oak and sp... 4 Votes Up!