Blue Hawaii – A Place, A Cocktail and A Baby

What…do you think I’m doing a travel piece today? Nope…just a story about Hawaii and a baby and how they came together with a cocktail. I mentioned last week that my daughter was making a cocktail for a baby shower and the Blueberry Mojito I did was simply not blue enough. So I took some expert advice from my friend Karen who used to be a bartender and my other friend Google who seems to have all the answers and I found the perfect drink for their event; the Blue Hawaii.

Not to be confused with the Blue Hawaiian either which includes coconut milk; Emily wanted something both pretty and refreshing and this fit the bill. I admit, I was nonplussed about Blue Curacao but after making it and sipping it, I can’t deny that I enjoyed it. Was it sweet. Yep. Sort of girly? That too. But it was for a baby shower; isn’t that sort of perfect? 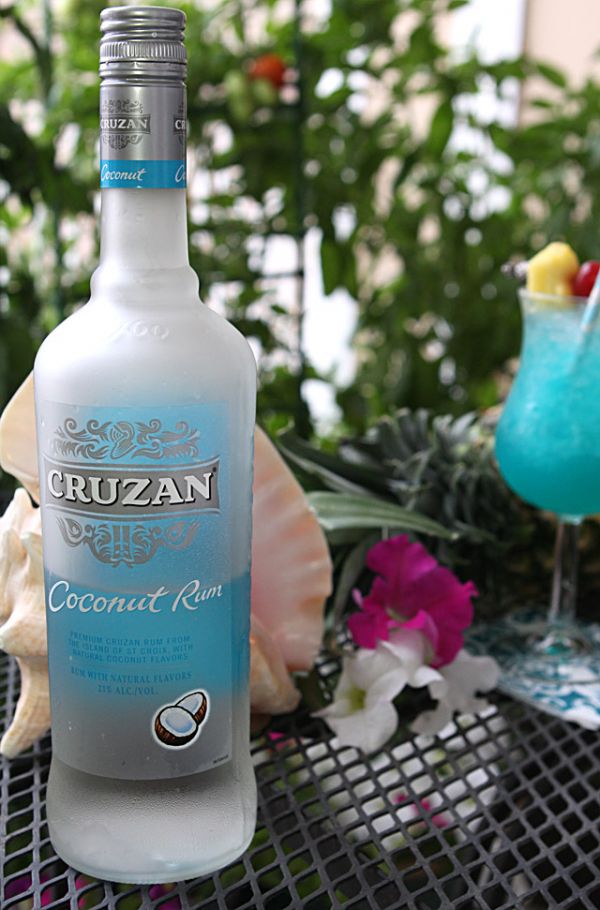 The Blue Hawaii cocktail was first made in the Hilton Hawaiian Village bar in 1957 when their bartender was asked by a sales rep from the Dutch distiller to create a drink using their Blue Curacao liqueur. While today’s version is a bit different, the main elements remain of the signature blue color, pineapple and cocktail umbrella. I eschewed the umbrella simply because I could not find any in my supplies but I think it looks just as tropical nonetheless! We used their recipe as the base for our drink but with some modifications. Emily wanted to keep the alcohol level light; guests were driving in from all over to Em’s part of town so she decided to eliminate the vodka. She has also heard me talk about my new ‘thing’ for Cruzan Rum and I suggested she look for their brand in the liquor store. Even better than just white rum; she found some that was flavored with natural coconut. This was meant to be!

Emily’s friend from college, Colleen, and her husband Ryan have been waiting for what seems like FOREVER to get the good news that a baby would be joining their family. That the news would come while they were on vacation in Hawaii? Priceless huh? Luckily there was no frantic scurrying home; LittleM was not yet born but his birth was imminent and now will forever be wound into all that is Hawaii. So a theme was born. It would be blue of course, and some whales were involved and it was indeed appropriate to have a blue, tropical and so aptly named cocktail served when everyone got together to share in the new family’s joy this past weekend.

I admit I considered making my own sweet and sour mix. After tasting the finished cocktail I decided that since Em had found a good sweet and sour product with natural ingredients (that’s my girl!) that some times and some places really can benefit from the ease of using a ready made product and a baby shower sure fit that bill! The name kills me but Dr. Swami and Bone Daddy does it right and given the same set of circumstances I would use them too.

I decided to use Emily’s patio again for this shoot and this is Emily’s dog Ginny. I would like to say she was my assistant or something really smart but the truth is she is just a little beggar and always underfoot. Still, she was true to the cause and as a reward got a cherry. We tried very hard to get her to be still and pose but it was Ginny and she is ALWAYS moving. What can I say; I love this crazy Corgi dog!

All my best to the new parents and their adorable baby!